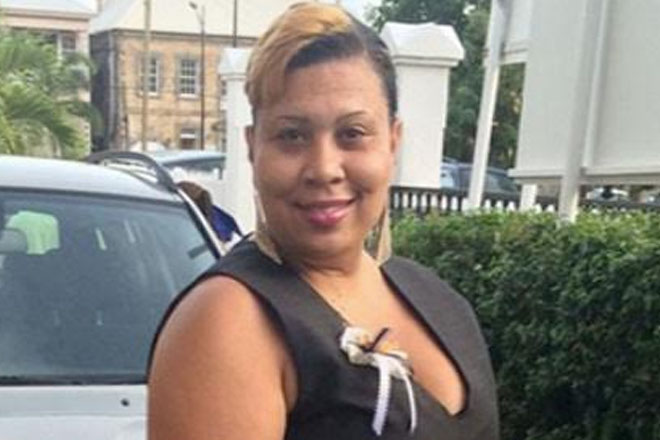 Terminated BHS Teacher back on the Job

St. Kitts and Nevis (WINN) — The Basseterre High School Teacher whose contract was terminated after she spoke to the press about health concerns on the campus and demonstrated with other teachers over ongoing health issues there, is back on the job.

“She’s a member of the Union, and when we got word of what was actually happening, we tried to engage the relevant authorities, and we started a campaign for the “Reinstatement of Natalie”…to gain public support and other partner institutions to work with us to have her reinstated, because we had our concerns as to how she [was] terminated,” the President of the St. Kitts Teachers Union Ron Collins tells WINN FM.

“We were happy to have seen at the start of this new term, that the promise was fulfilled by the government and they returned her to work, to us at the Basseterre High School,” he said.

Having completed teacher training, Natalie Johnson began teaching English at the BHS last September. She initially received a letter from the Government’s Human Resource Division in early October indicating that approval had been granted for her to be employed as a trained teacher retroactive to September 1st. It laid out the terms of employment and the salary scale of a permanent teacher.

However, Mrs Johnson like some other teachers and students at the school began experiencing health symptoms that suggested an environmental cause.

Reports are that she spoke up at a meeting with Ministry officials, indicating that she was becoming sick. In mid-October she was one of several teachers who spoke to WINN FM after they were driven out of a staff room by a foul smell, and was among the teachers photographed working in the corridor outside the staff room for an article about the incident, which was published with their permission on WINN FM’s website.

By November, she had joined other teachers in daily protests outside the school gates, calling for classes to be relocated while issues at the campus were properly identified and resolved. In late November she received another letter from Human Resources back-dated to the day after the initial letter, to which it made no reference.

This second letter informed that approval had been granted for her to be employed on a temporary basis to serve as a trained teacher at BHS from September 1st to December 12th.

WINN FM understands that Mrs Johnson responded, saying that she had done nothing wrong and acting on the first letter, intended to return to her post. Reports are that she was told not to. Mrs. Johnson was the only newly appointed, trained teacher to have had her appointment changed to a temporary assignment. WINN FM has so far been unable to reach Mrs. Johnson for a comment on her reinstatement.