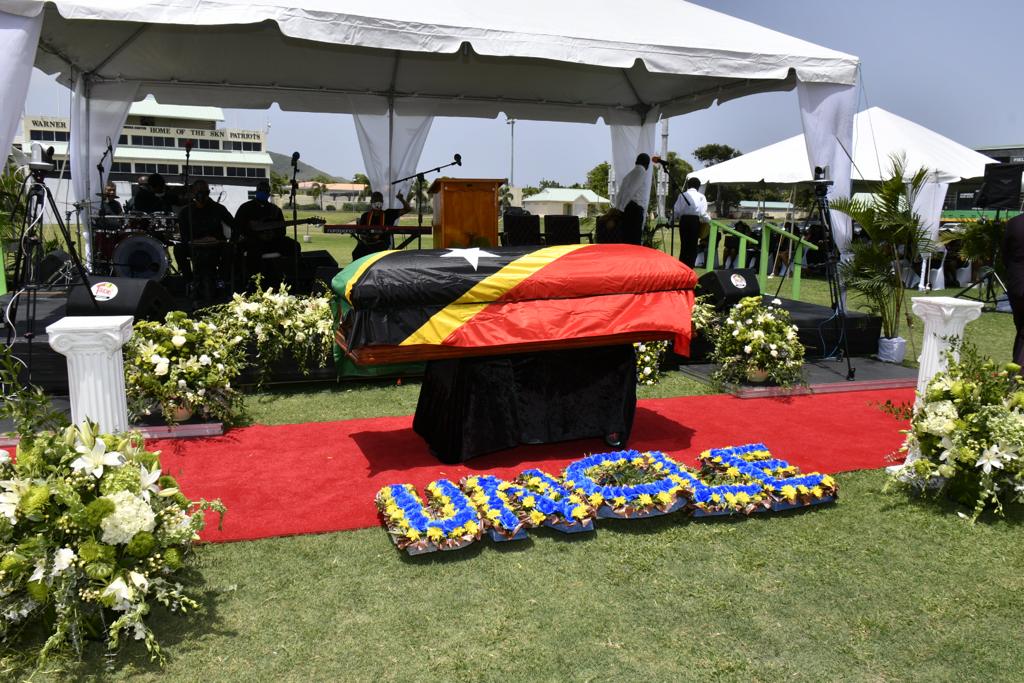 The official funeral service which began at 1 p.m. for the late Mr Richard Llewellyn Caines was held in Warner Park.

During the official funeral service tributes poured in about the life of Mr. Caines who many say will long be remembered as a kind-hearted and devoted father, husband, uncle, friend, humanitarian and philanthropist to the people of St. Kitts and Nevis.

Tributes in the form of songs and speeches were given by students of the Dr. William Connor Primary School, Dieppe Primary School, Zack Nisbett’s Musical school, Mr. Carlton Dupont and many others.

The late Mr Caines, who served as Junior Minister of Finance in the People’s Action Movement (PAM) Administration under the federation’s first Prime Minister the Hon. Dr Kennedy Simmonds, died shortly after 11:00 pm on July 27, 2020 at the age of 87.

Family members, government officials, friends and well-wishers were given the opportunity to view the body of the late Richard Caines for the final time at the R.L Caines Building on Princes Street on Friday August 28.