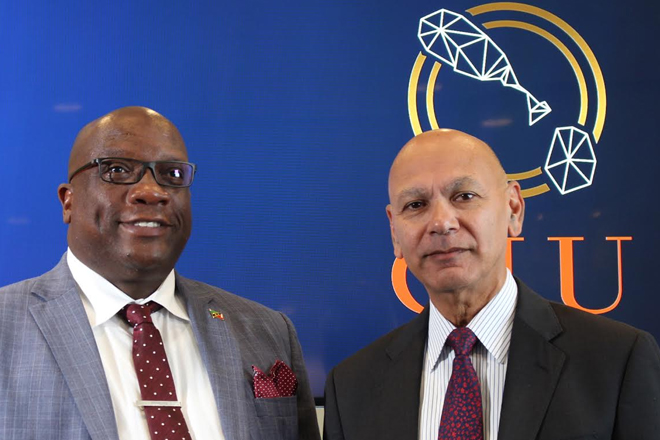 (ZIZ Newsroom) — The National Conference Of Service Providers And Developers For The Citizenship By Investment Programme held under the theme “A Rebranded and Revitalized Programme For Your Renewed Interest” was held at the Royal St. Kitts Hotel on Monday.

He said the hosting of the meeting is based on the belief in transparency, accountability and openness.

He also spoke of the primary focus which he said is to redeem the CBI.

“Building trust and communicating value and innovation are our primary focus today. Over the last 18 months that the team unity administration has been in office we have focused on redeeming the CBI prorgramme. We hope that as we recalibrate and reposition our programme, making it the best of the very best that your actions will be in sync with ours,” he said.

“The government has appointed a new head in Mr. Les Khan. You, the service providers and developers know him as the consultant who led the restructuring of the CIU over the last 18 months or so. The changes that the majority of you have complemented have been as a result of his guidance. The fact that the engagement model has changed within the unit for the better is further evidence of his ability to lead the programme going forward,” he announced.

The conference provided the opportunity for delegates to hear about the new direction for the unit under its new CEO and to hear from the management team who were also introduced.

Tamara O’flaherty presented on Verification and Data Dntry, Orin Roberts on the technical committee, Eirate Mccall on Technology and Rapha Bailey on Certificates of Registration.

The meeting was the 3rd significant national effort to engage stakeholders in the happenings of the Citizenship By Investment Programme.