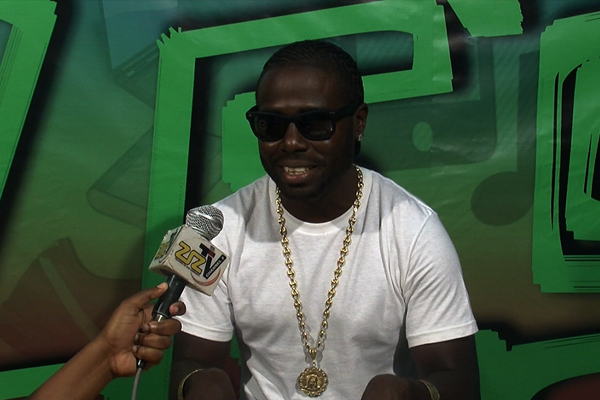 The People’s Show is back

(ZIZ)– One of the top local programmes on ZIZ Television came back with a bang after being off the air for two months.

Jason “Pinocchio” Mitchum spoke about the reactions he got after the premier.

“When I went on the road this morning the response was overwhelming. “The People’s Show” gone to a next notch …but the only problem I have right now is trying to top last night’s show. So right now me and the producer is going sit down and see how we can top last night show and just make it bigger and better because “The People’s Show” is here to elevate, entertain and educate the people of St Kitts and Nevis.”

Production Manager of the show, Bevin Wilkinson explained why they revamped show.

“We wanted to go back outside and go back out to the people because you know people love The People’s Show and I don’t think they were involved enough in the show, so we started doing a lot more of pre-recorded segments for the show outside with the people”.

He also spoke about some of the new segments such as “word on street the street, which seems to be a very big hit, interesting jobs and adventure time, which are also a very big hit. Adventure time is a segment where Pino and Sensia and the rest of the crew we go and we have adventures we go and we do site seeing tours. We just have fun, outside St Kitts and Nevis”.

Wilkinson said the next step of the show is to keep it interesting and keep people watching.

“The People’s Show” has been transformed into a seasonal show and will run for four months and return after independence.