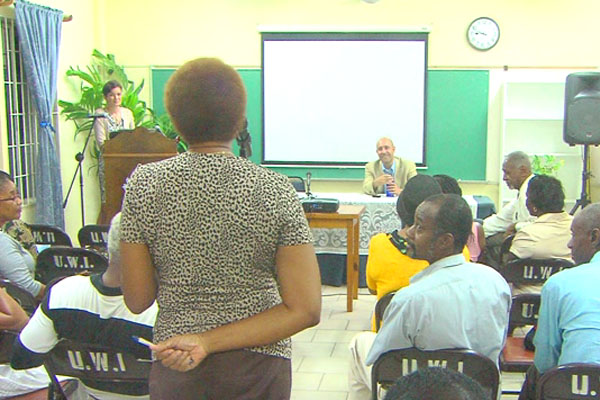 The Secret to Healthy Ageing

(ZIZ News) — On Thursday night The Ripple Institute and the University of the West Indies Open Campus hosted another instalment in a series of lectures aimed at promoting health ageing.

During the opening ceremony, Dr. Izben Williams, founder of The Ripple Institute said the point of these lectures is to generate discussion and more interest in issues that affect older persons.

“And it’s not for its own sake that we have these lectures. We hope that at the end of it or during the discourse that sufficient interest would be generated to influence policy towards ageing to be able to advocate for more preparedness for a mushrooming ageing population,” he said.

Dr. Bichara Sahely spoke on the topic “The Secret to Healthy Ageing.”

He spoke about the factors that can damage cells and increase the rate of ageing.

“Infection, inflammation, alcohol and cigarettes. And those who partake of these cause chronic damage to the cells and as a result you increase the rate of ageing,” he said.

Dr Sahely said too much glucose in the system can also be harmful to cells.

He said many of the factors that contributed to ageing are preventable with a healthy approach to eating and exercise, but overall health includes a mental and social component.

Other topics in the public lecture series will cover Financial Management, The Brain And Ageing, and Spirituality In Ageing.