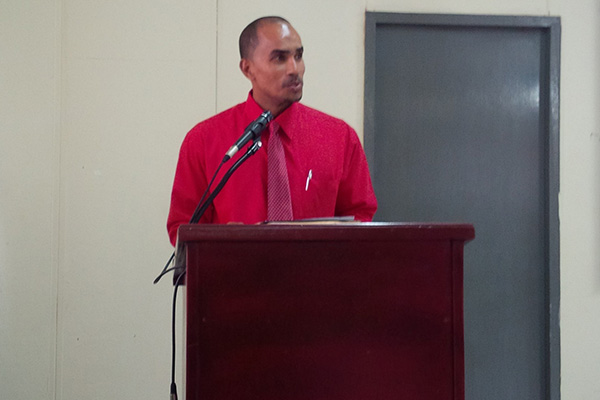 (ZIZ)—On the 13th December 2013 The Royal St. Christopher and Nevis Police Force Computer Class held its third (3rd) closing ceremony for in service computer course for 2013. The classes commenced on 29 October 2013 and ended on 3 December 2013, and facilitated by Mr. Sherman White the force’s Technologist. These classes are part of Commissioner CG Walwyn’s initiative to ensure that members of the Royal St. Christopher and Nevis Police Force are computer literate and will be able to utilise the computer in the fight against crime. The course comprised of ten (10) participants; seven (7) police officers, one (1) prison officer, and two (2) Traffic Wardens.

Mr. Sherman White in his remarks said “this class helped to build the foundation for the next computer classes next year, and thanked the Commissioner for organising the course which would help to impart knowledge to the officers of the force.

Inspector Lyndon David, the chairman of the proceedings told the participants that when you have the opportunity to do something for free such as a course, anything you do do it to the best of your ability. He also added, that because of the advancement in technology we as a police force should not and cannot be left behind. He noted that cyber crimes are increasing and if we do not know how to use a computer we will be left behind. He thanked the commissioner in his initiative in the computer courses and said the commissioner needed to be specially applauded for his initiatives in advancing the police force. Inspector Lyndon David quoted one of the Bill Cosby`s quotes, “I don`t know the key to success, but the key to failure is trying to please everybody” which simply means in order to be successful you cannot please everyone.

Commissioner Walwyn thanked the students for taking the time for being apart of the class. He said, “the class was an information highway to give people the basics in order for them to be able to make brochures and other valuable computer documents, the course is a stepping stone”. He advise the students that as a police officers they can go to policeone.net  where there are many police officer can learn and take courses.

Commissioner CG Walwyn also informed the Traffic Wardens who were participants on the course that there are information for Traffic Wardens as well. He elaborated on the issue of gender in the force and said that many women are taking advantage of the opportunities within the force and with him as commissioner he will not hold back any woman from being promoted once they have the qualification are doing good work and are motivated.

Constable Telmor Abbott the valedictorian in her address stated, ” There is no limit that one cannot reach whether you are old, young or in between, once you are determine to succeed you will achieve your goal.