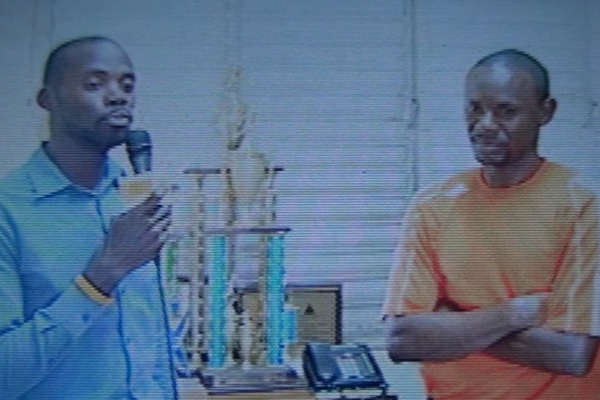 (EMU) St. Kitts — Three-time champion of the TDC Inter School Sporting Competition Washington Archibald High has issued a challenge as it prepares to launch the first school sports day for the year 2014.

Coach Kenneth Douglas said the various houses are geared up for an exciting time on Sunday February 22 at the Silver Jubilee Stadium in Bird Rock starting at 1pm.

“This is the very first sports day for the year and we are going to set the trend for the athletic year. We are the defending champions. In fact we are back to back to back champions. That is one reason for you to come out and support our sports” Coach Douglas said.

He reported that at the end of heats Red House stands in first place with 540 points, Blue House second with 517, Orange with 418 and finally Green House with 414 points.

Additionally, WAHS teacher Donnell Esdaille said the school is putting measures in place to ensure that there is nothing prohibiting persons from attending.

“This is a deal like no other. We are only going to charge ten dollars his time. Students of the School will enter with their Ids as well as children under twelve for the low rate of five dollars. This comfortable low rate is to ensure that as many people as possible show up,” Mr. Esdaille said.

WAHS the defending Champions of the TDC Interschool Championships say they view their sports day as a preparation for the intense competition which is held later in the year and which they plan to give a clean sweep in 2014.