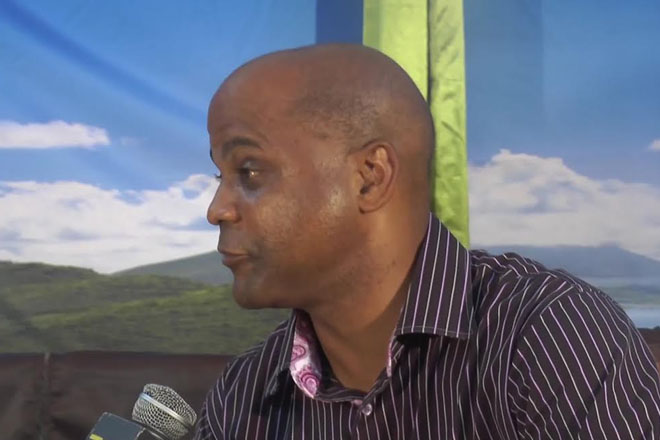 (ZIZ News) — The Hon. Lindsay Grant and his team from the Ministry of Tourism and the St. Kitts Tourism Authority have worked, for months, to ensure that the 19th staging of the St. Kitts Music Festival is a success.

During Saturday’s final concert at Warner Park, Minister Grant spoke with ZIZ News. He shared his thoughts on the festival and said anyone who was not at Warner Park was missing a superb concert.

“Well, I think they’re missing an exciting night. This is the final night as you can hear in the background, Arturo Tappin is really bringing the music down to the crowd and I think for next year, which is the 20th anniversary, we want the Caribbean to be here, we want the region to be here because we’re going to have something special for them but tonight is a very special night. We have Arturo Tappin, we have Jason Derulo, we have Trey Songz and I think it’s going to be an explosion,” he said.

Minister Grant said he was most pleased with the economic impact the festival has had on the country. He said everyone benefits.

“We see this really as a time when we bring persons for entertainment and for our tourism. The hotels are full right now. The restaurants are full. The taxis are getting a tremendous amount of work so for the next three, four days, the whole country is engaged and the economic impact is phenomenal,” he said.