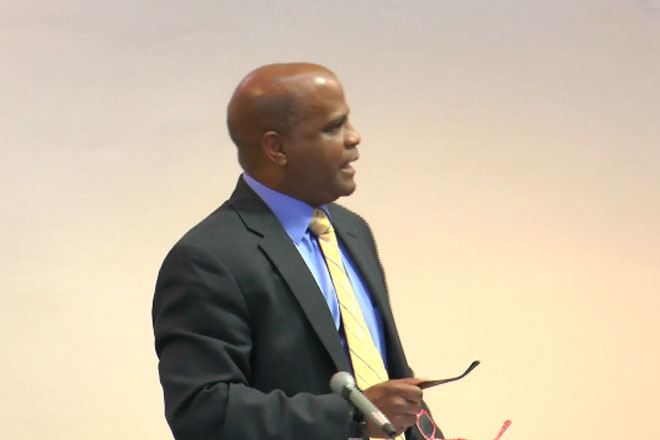 (ZIZ News) – The island’s Tourism Minister, Hon. Lindsay Grant spoke with pride from National Assembly Chambers on Tuesday when he gave an update on the status of cruise tourism here.

He added that on Tuesday 17th , the island welcomed “another first in the Anthem of the Seas.”

“In addition to the Anthem of the Seas being in our shores today, we have two other ships in our shores bringing some 10,000 plus visitors to the shores of St. Kitts-Nevis,” the Minister added.

Speaking of next year’s projections, Minister Grant reminded that St. Kitts will soon welcome its one millionth cruise ship passenger.

“The Anthem of the Seas, I must say, is the third largest ship in the world. That’s what we’re bringing here. In June of next year, we are going to bring you the largest ship in the world for five calls and on July 22nd of next year, we are going to welcome Carnival Fascination which will bring you the millionth passenger in one year. Never before in the history of this country. Under Team Unity and the Government that we have the opportunity to be a part of.”