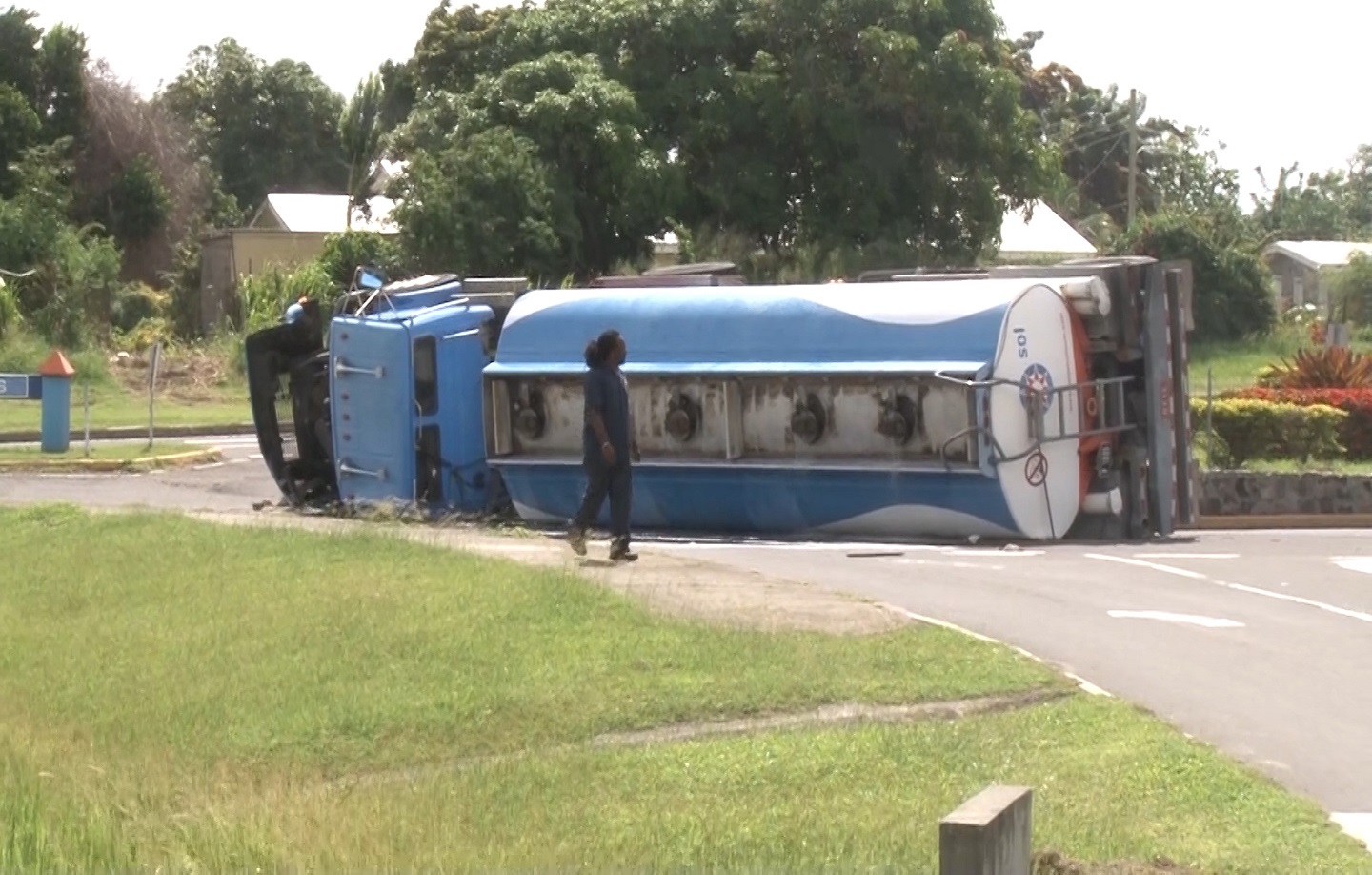 The incident occurred at about 10:25 a.m. on Tuesday, November 03.  It involved motor lorry P 1335 which is owned by SOL EC St. Kitts Limited and was being driven by Orville Crossley of Pond Road, Newtown.

Circumstances are that Crossley was traveling west from Gillard’s Gas Station towards the Shadwell Roundabout. While making a U-turn around the roundabout, Crossley lost control of the motor lorry and it overturned on its left side causing gasoline to leak from the trailer.

Crossley was transported to the JNF General Hospital via ambulance and admitted for observation after complaining of chest pains. Investigations into the matter are ongoing.