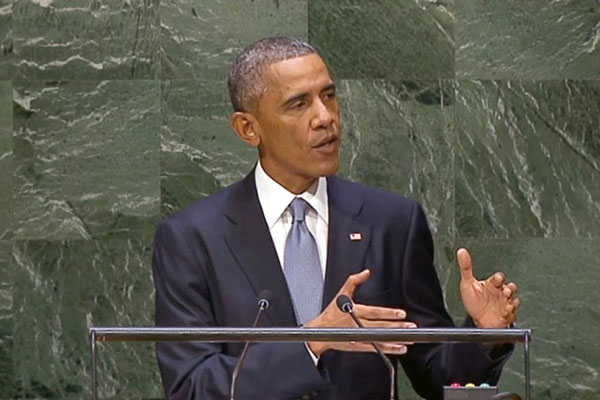 WASHINGTON, (AFP) — US President Barack Obama said Thursday that closing US borders to citizens of three West African countries hardest hit by the Ebola epidemic would be counter-productive, after White House crisis talks.

He also raised the possibility of appointing an Ebola “czar” to coordinate the country’s response to the epidemic at the federal level.

“I don’t have a philosophical objection necessarily to a travel ban if that is the thing that is going to keep the American people safe,” Obama said in the Oval Office after the talks with his top aides.

But the US leader explained that such a move would likely only encourage citizens of Liberia, Sierra Leone and Guinea to find other ways of entering the United States — thereby skirting safety controls in place.

“We may end up getting less information about who has the disease,” he said, responding to numerous lawmakers who have insisted on a ban, especially after two Texas nurses who cared for a Liberian Ebola victim became infected with the deadly virus.

When asked about naming an Ebola “czar,” Obama did not rule it out.

“It may be appropriate for me to appoint an additional person,” he said, however noting his continued confidence in under-fire Centers for Disease Control and Prevention chief Thomas Frieden and Health and Human Services Secretary Sylvia Burwell.

Obama said he understood mounting fears in the United States about the spread of the disease, which has so far killed nearly 4,500 people, but urged Americans to keep the situation in perspective.

“I do want everyone to understand it remains a very difficult thing to catch,” he said. “The risks involved remain extremely low for ordinary folks.”