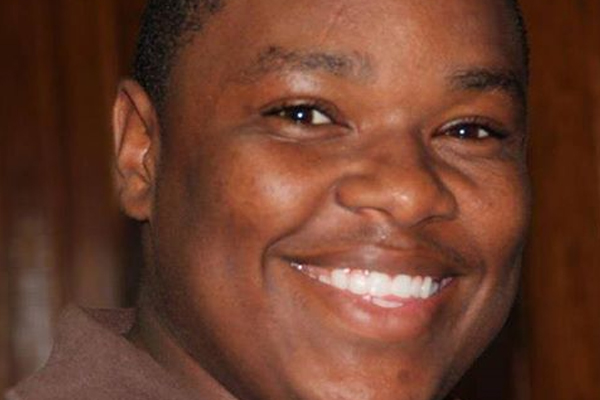 Reports indicate that he was speeding—most likely headed back to work at NTV channel 8, when he lost control of the vehicle; slammed into a utility pole, completely breaking it and catapulting into a nearby open lot.

Most persons are not aware, but Vern was not only a friend but we worked closely together.

We had to. After all, he was the one who edited the programs that I produce and are aired on NTV channel 8.

He edited the NTV Sports page for me. There were days when I made him grumpy. That’s when my cues were not too organized and I requested of him to sort them out for me.

That meant more work for him and understandably he was not a happy trooper because his work load was not limited to dealing with me alone. He edited the Tourism program for Hazel Francis as well and he also had to go out in the field and video record events.

If it was at all possible, Vern would have been one of the first on the scene yesterday to video record the ‘action’ as he would have called it.

When I got the news, I was sad because I just heard that ‘somebody had died in a car accident.’ It really hit home, when not long after, I was told that it was Vern Powell. That shook me up.

I had just over an hour before that, sat in the studio and Vern Powell was the one who recorded the NTV Sports for the evening news!

I mean it could not be real! I even told my wife that I would call his phone and hope that he would answer. Instead, I hurried to get to the accident scene and there my worst fears were realized. Vern was dead.

I reflected on our last moments together. I had indicated the cues I needed from the recent kiddies cricket launch and he assured me that ‘everything was under control.’ He was in a good mood that day.

He then told me to meet him on the front steps where he recorded my intro to ‘The Social Development Outlook.’ That’s a program that is aired weekly, complements of the Ministry of Social Development. This was also edited regularly by VERN.

A few weeks ago, we spent quite some time together as he edited the ‘Year in Sports’ for me and we agreed and disagreed on relevant shots and cues to be utilized.

He did a great job and the program was aired twice.

He promised me yesterday that he was going to finish editing an interview with Nevis’ Cricket chief, Denrick Liburd, for the ‘Sports Menu’ edition this coming Thursday.

Vern was in a jolly mood yesterday—trust me.

I regarded him as a ‘happy-go-lucky’ kind of guy. One who thoroughly enjoyed life.

He loved fast cars and once told me that he was planning to get a race car. He loved Drag Racing. He seemed to take more care editing such stories than Cricket. Even though he shocked me when he entered a team in a tape ball league in 2013 and also played. He insisted that I showed his innings of two runs in the main feature!

I remember the day, he told me to come outside to see his ‘new’ prized vehicle. It was a major investment for him and he was justly proud. I was happy for him and admonished him to drive carefully.

I will remember Vern as a young man whose mind was not quite yet made up as to what direction he really wanted to take.

I make the analysis on his many changes in hair styles; the ear ring in today and out tomorrow. He was just happy with life and living it from day to day.

The NTV staff will sorely miss him. When Vern decided to put serious effort into his work, his productions were amazing and equal to most.

I extend condolences to his Dad, Sam Powell, his sister Vinelle and the entire family left to mourn his sudden loss.

Am gonna miss you SHOULDA!