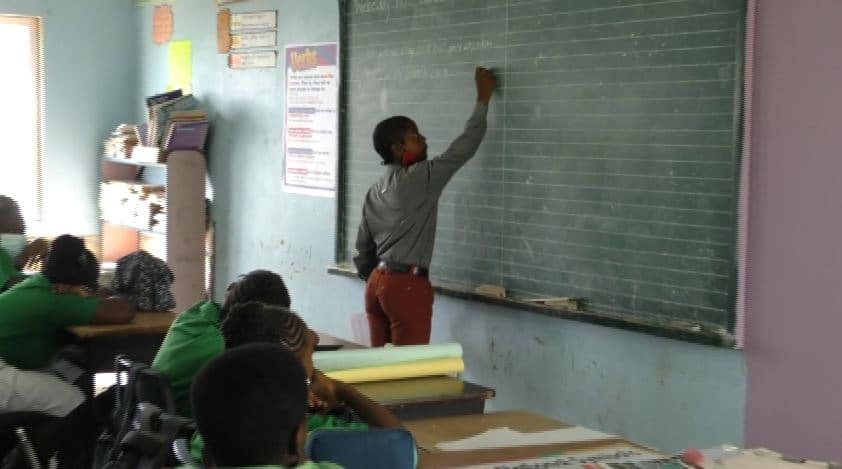 Basseterre, St. Kitts, February 17th, 2021 (ZIZ News) As part of activities to celebrate the 21st Anniversary of changing its name, the Tucker Clarke Primary School formerly known as The Newtown Primary School took an unconventional route to the celebrations by having a switch-a-role day on Wednesday where teachers assumed the role of students and students took on the role of being teachers.

Principal, Devon Harris said that the participation of both teachers and students made the initiative a success and explained that the rationale behind this activity is to prepare the students for the world of work.

Throughout the day students were seen delivering lessons to their classmates and teachers were engaging in ring games. There was also a student assuming the role of the principal.

Principal Harris said there will be more activities commemorating the 21st anniversary.

“We have a few more activities culminating our month long celebration, tomorrow (February 18th) we have Rep your House where the students are expected to come dressed in their house colours decked out from head to toe, Friday (February 19th) is our regular t-shirt day-we’ll be using the students to write the number 21 with an overhead view of that and next week we have our annual house spelling bee the students are now given the opportunity to rep their house at an academic level and our final activity is the African pride day where everyone comes dressed in their African wear.”