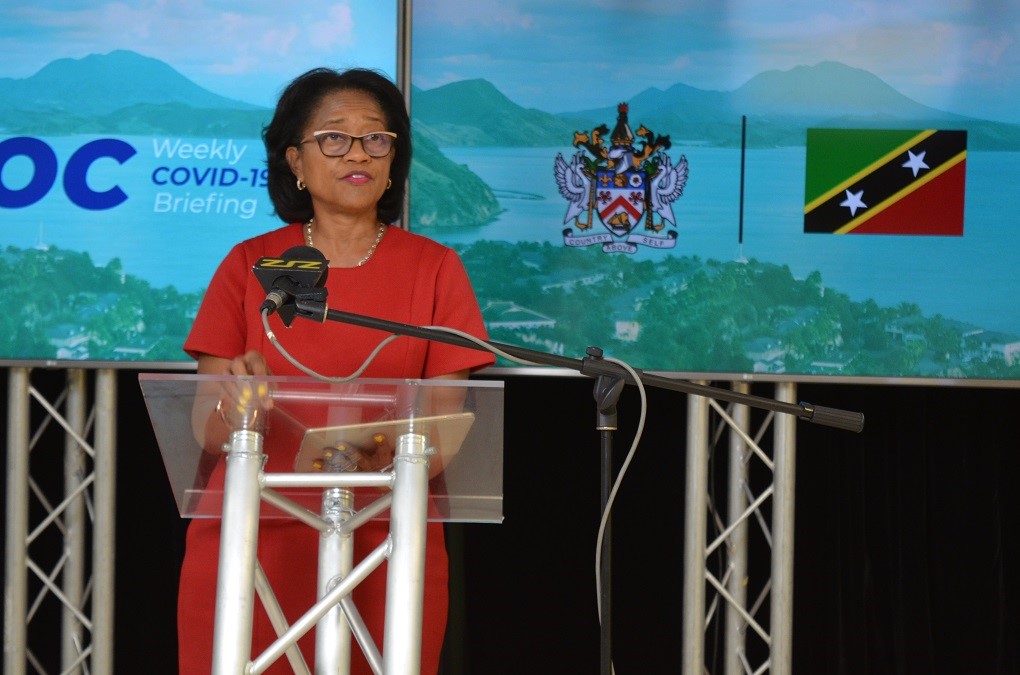 Basseterre, St. Kitts, November 24, 2020 (SKNIS): Two new imported cases of COVID-19 have been confirmed for the Federation of St. Kitts and Nevis taking the total to 22. Nineteen have recovered, and there are now three active cases since the re-opening of the borders on October 31.

“The two returning nationals have been in quarantine since arrival,” she said. “The protocols that we have established have been adhered to and these protocols would have been followed along the corridor of containment between their arrival into the country at RLB International Airport and the hotel where they are staying.”

Dr. Laws noted that significant contacts of the two cases are currently being interviewed, are being placed in quarantine, tested and monitored.

“Our contact tracing system is quite robust here in the Federation,” said Dr. Laws.

The Chief Medical Officer stated that all passengers, who would have arrived in the Federation on the same flight as the two new confirmed cases, are in quarantine and confined to their rooms.