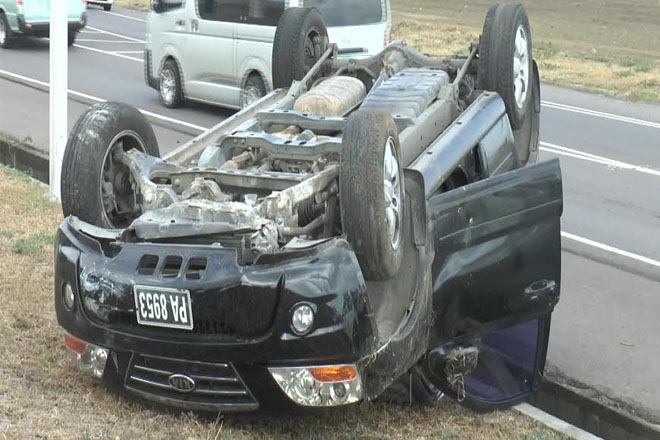 (ZIZ News) — Two drivers involved in an early afternoon accident have managed to walk away unharmed.

The incident occurred at about 1:30pm on Friday, on the F.T. Williams Highway, near the R.L.B. International Airport.

According to reports, the collision involved motor car PA 8953 which was driven by Chris Liburd of Parray’s Village and P-3182, driven by Fitzroy Robinson of Upper Cayon.

A police source said both vehicles were travelling toward Monkey Hill when Liburd attempted to overtake Robinson, but instead, struck that [Robinson’s] car.

Liburd’s car overturned on the mountain side of the road while Robinson’s car ended up on the sea side.

Both vehicles were extensively damaged but no-one was hurt in the collision.