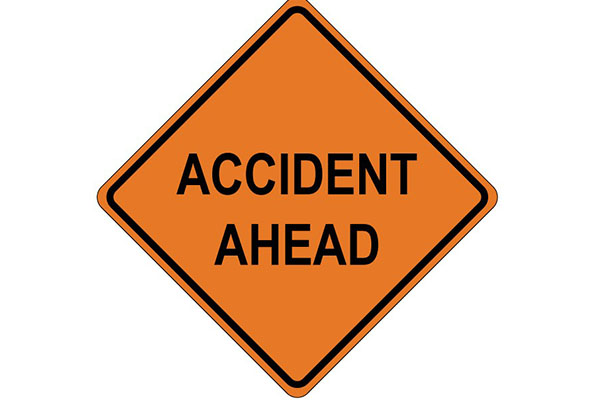 ZIZ News — Traffic along the Ft Williams Highway was disrupted on Saturday following a two-vehicle accident.

The accident, which took place at the Shadwell Roundabout, occurred sometime after 1pm.

Upon arrival at the scene, ZIZ News witnessed one of the vehicles involved in the accident, pickup truck P7694 truck was knocked on its side and its contents smashed all over the road.

The other vehicle involved in the accident was motor jeep PA 3981, driven by a worker of dominoes pizza.

The circumstances that led to the accident are sketchy but officers from the traffic department were on the scene taking statements from the drivers and conducting their investigations.

Both vehicles sustained considerable amount of damages but luckily no one had to be taken to the hospital for injuries.

ZIZ will bring you more on this incident as the information becomes available.