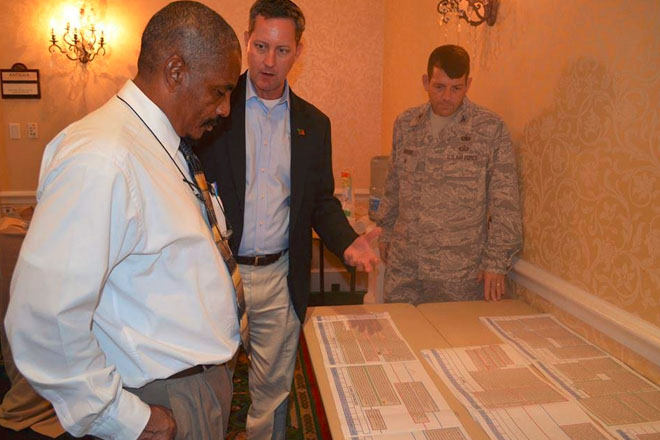 (ZIZ News) – Sponsor of Exercise Tradewinds 2015, the United States Southern Command, is pleased with the training in St. Kitts and Nevis so far.

“The Coast Guard Cutters and the participating nations did an outstanding job. They are really strengthening their capacity in order to counter transnational crime as well as work out stronger practices with humanitarian assistance and disaster response,” he said.

Meantime, Captain Kayode Sutton of the St. Kitts and Nevis Defence Force confirmed the local government’s support of the exercise.

“The support from the government has been tremendous. In fact, we had Mr. Osbert DeSuza, the Permanent Secretary in the Office of the Prime Minister visit the Marriott site today (Thursday 4th). He visited the Exercise Control Centre and he received a brief as to what is going on for the entire exercise, the training, all the exercises that are going on right now and also, what is expected at the culminating event which would be the round up exercise at the end of it where all the pieces come together as well as what phase two is going to entail and phase three as well,” he explained.

Other high level government officials are expected to visit the various training sites as the maritime phase of Exercise Tradewinds 2015 runs until June 9th.