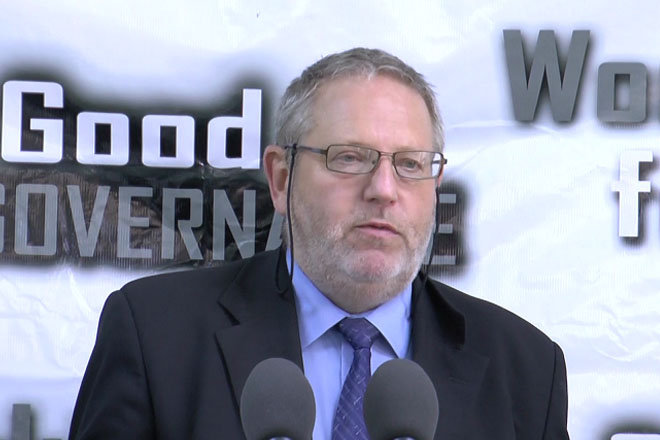 UK Working With SKN In Crime-Fighting

(ZIZ News) — A consultant from the United Kingdom has been working with the local police force to determine strategies to fight violent crimes.

During the Prime Minister’s press conference David King said one of the plans will include focusing more resources on tackling gun-related crimes.

“If you get a problem with a series of burglaries in an area, what do you do? You move more police officers, more activity into that area. That’s exactly what the police intend to do with homicide. They’re gonna strengthen up the Violent Crime Unit, we’re bringing in some more experts next week to start an intensive training programme and mentoring programme with the officers,” he said.

“What you have to do is transfer the fear from the public to the offender to make sure that they don’t want to do this. And make sure that they know they’re gonna get caught if they do it. When I went to Trinidad there were 57 kidnappings in the first year and by targetting people we got it down to 17 and then two or three years later, it was zero. Because the fear was put onto the criminals as opposed to the public. And I hope we can do the same thing here and get some significant in both homicides and gun crimes,” he said.

King noted that gun crimes are more difficult to solve than other violent crimes because there is less contact between the victim and the offender and commended the police force on the results they’ve achieved so far.

“And in my experience of dealing with homicides, the homicides that you are dealing with in this country are far more difficult that what we would get in the UK. Because when you’ve got an offence where someone shoots somebody and there’s no contact between an offender and a victim you’re totally reliant on witnesses or catching someone with a smoking gun and that is not easy. Most people dispose of the weapon or they hide it or they pass it on to somebody else. So to achieve the results you’ve achieved in homicides so far is commendable,” he said

David king has worked with the London Police Force for over thirty years and served as a consultant to the Trinidad and Tobago Police Force.