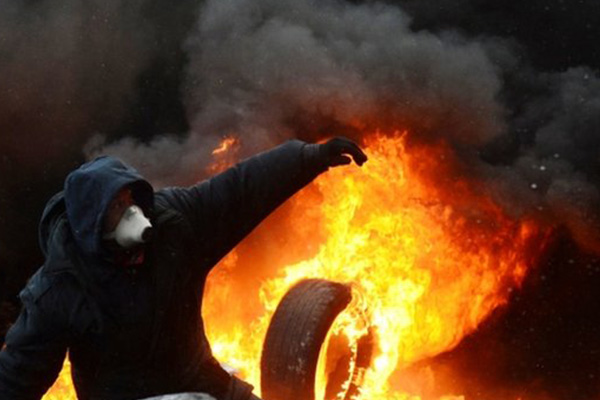 (BBC) — Ukrainian opposition leaders are due to meet President Viktor Yanukovych, a day after the first deaths in protests that have gripped Kiev for two months.

One of them, former boxer Vitali Klitschko, has said he will lead pro-EU protesters “on the attack” if snap elections are not called.

Mr Yanukovych has asked the speaker of parliament to hold an emergency session next week to discuss the crisis.

Two activists were killed in clashes with police in Kiev on Wednesday.

Prosecutors confirmed they had died from gunshot wounds. They were the first fatalities since the anti-government protests flared up in late November over Mr Yanukovych’s decision to pull out of a landmark treaty with the EU.

A third activist, Yuriy Verbytsky, has been found dead in a forest outside Kiev, after reportedly being abducted along with fellow activist Ihor Lutsenko earlier this week. His body is said to bear signs of torture.

The centre of the capital remains extremely tense, the BBC’s Daniel Sandford reports.

Ukrainian media now say that protesters have taken over the regional state administration buildings in the western cities of Lviv and Rivne, and that the governor of the Lviv region, Oleg Salo, has been forced to resign. Other reports spoke of an attack on the governor’s office in Zhytomyr.