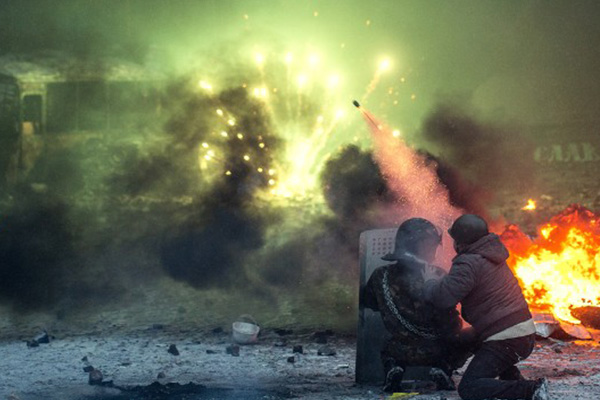 The vote came only hours after Prime Minister Mykola Azarov announced he had submitted his resignation in a bid to ease the situation.

Televised images from a special session of parliament showed that an overwhelming majority voted to overturn the legislation, with two lawmakers voting against the repeal. Communist Party lawmakers abstained from the vote.

The laws were rammed through parliament on January 16 by a show of hands by members of President Viktor Yanukovych’s Party of Regions.

Anger about the legislation escalated long-running anti-government protests into violent confrontations, with police and protesters fighting pitched battles in the icy streets of the capital, Kiev.

Parliament is now looking at legislation that might provide amnesty for more than 200 people arrested since the demonstrations began in late November.

Activists say they want to see wide-ranging constitutional reform and a shake-up of the Ukrainian political system.

Azarov’s resignation is intended to “create more opportunities for social and political compromise for a peaceful settlement of the conflict,” a statement posted on the government’s website said.

That conflict “is a threat to the entire Ukrainian society and every citizen,” Azarov said, adding that the government was doing all it could to prevent bloodshed.

But there is no word yet on whether Yanukovych has accepted the resignation.

And it’s not clear how far Azarov’s departure would go to satisfy the demands of protesters who, despite the cold and threat of violence, have massed in and around central Kiev’s Independence Square, or Maidan, to demand Yanukovych’s ouster and new elections. In recent days, protests have also spread to other cities around the country.

For more on this story visit : http://edition.cnn.com/2014/01/28/world/europe/ukraine-protests/index.html?hpt=hp_t1