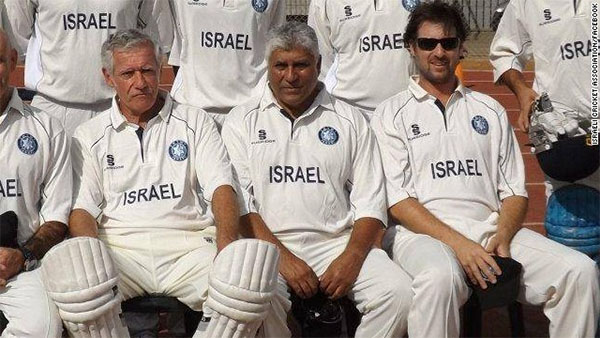 (CNN) — Cricket has been hit by another tragedy in the same week Australian Test star Phillip Hughes died as result as a result of injuries he received after being struck by a ball in a match in Sydney.

Hillel Oscar, 60, a former captain of the Israeli national team, was umpiring a match Saturday in his home town of Ashdod when he received an apparently fatal blow in a freak accident.

Before the match between Young Ashdod and Super Lions Lod, the final game of the Israel domestic season, players and officials had held a minute’s silence for Hughes, whose untimely death has led to a string of tributes across the world.

Super Lions Lod was also to be given the championship trophy at the end of the match, but as Steve Leigh, the Deputy Chairman of the Israeli Cricket Association told CNN, that celebration was never to happen.

Leigh was not at the match, but recounted what he had been told of the tragic incident.

“Midway through the first innings a ball was driven fiercely back towards the umpire (by the batsman).

“It hit the stumps and ricocheted but as Hillel tried to move out of the way the ball followed him and he was hit in the chest or just under the chin, it is still unclear exactly where.

“He collapsed immediately and according to witnesses who were there he may have had a heart attack.”

Leigh said that the umpire was resuscitated by ambulance staff who were quickly on the scene, but he died later at a hospital in Ashdod.

Englishman Leigh, 51, said the Israeli cricketing community had been left stunned by the incident. “Hillel was much loved by everyone,” he said