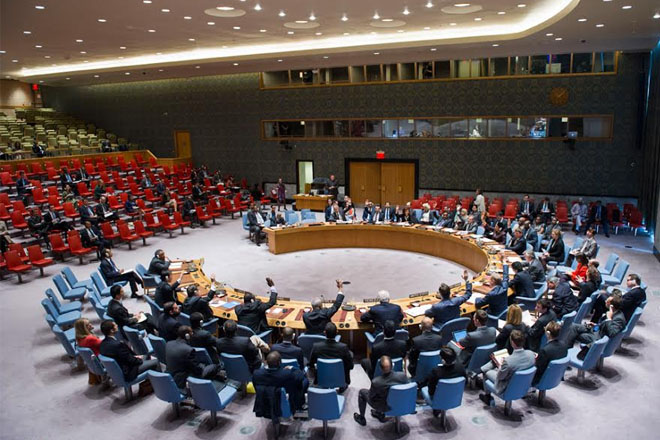 The United Nations Security Council, this evening, called on all countries that can do so to take the war on terrorism to Islamic State-controlled territory in Syria and Iraq and destroy its safe haven, warning that the group intends to mount further terror attacks like those that devastated Paris and Beirut last week.

In a unanimously adopted resolution, the 15-member body declared the group’s terrorist attacks abroad “a global and unprecedented threat to international peace and security” following the “horrifying terrorist attacks” it perpetrated recently in Sousse (Tunisia), Ankara (Turkey), over Sinai (Egypt) with the downing of a Russian plane, and in Beirut and Paris.

It warned that the Islamic State in Iraq and the Levant (ISIL), or Da’esh as it is also known, “has the capability and intention to carry out” further strikes and called upon “Member States that have the capacity to do so to take all necessary measures, in compliance with international law, in particular international human rights, refugee and humanitarian law” on its territory.

Condemning “in the strongest terms” ISIL and other terrorist groups in the region such Al-Nusrah Front, the Council Member States “to eradicate the safe haven they have established over significant parts of Iraq and Syria.”