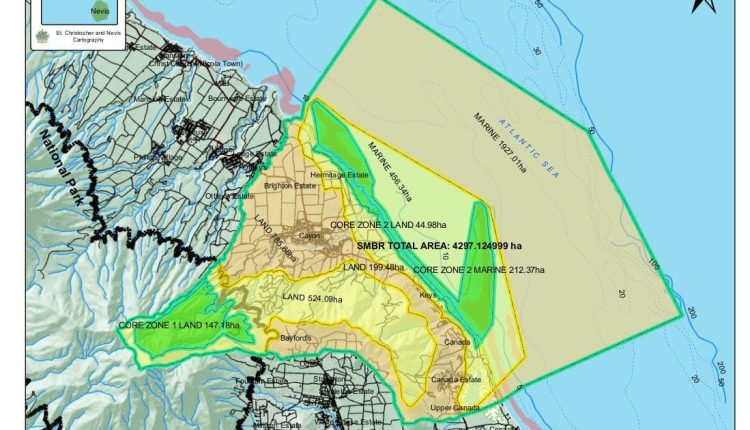 Basseterre, St. Kitts, March 25, 2021 (SKNIS): During the radio and television show ‘Working for You’ on March 24, the UNESCO National Man and the Biosphere (MAB) Committee officially launched its new project ‘Clean-up of the Cayon River/Ghaut, Hermitage & Keys Bay Areas.’

The UNESCO funded project is critical to the sustainable development platform, which is to protect and preserve the Water Resource in the St. Mary’s Biosphere Reserve, specifically, the Cayon River, Hermitage, and Keys Bay areas, said Dorothy Warner, Secretary-General of St. Kitts and Nevis National Commission for UNESCO and Telca Wallace, Project Coordinator for the MAB Project, who appeared on the show.

She added that this ties in with UNESCO’s mandate to ensure ecological balance.

“So, this project, the cleaning up of the Cayon River and of the Hermitage Estate and Keys Bay Areas, they all tie into UNESCO’s plan for a healthy world,” she said.

According to Mrs. Wallace, the project will start from the top of the river so that there will be no debris left in the waterway. She added that education and sensitization of the community will be a part of the project.

“The community is not the only culprit in terms of the indiscriminate disposal,” she said. “So we want to do a whole national campaign to keep our waterways clean, and cease and desist from putting things into the water that would harm us and generations to come.”

Several committees have been deployed to execute the project including the Agriculture Committee, Media Committee, Education Committee, Tourism Committee, and the Environmental Committee.

Mrs. Wallace said that after the project, it is hoped that the community will become more aware, vigilant, and protective of the area.

Mrs. Warner made an appeal to the general public and residents of St. Mary’s Biosphere Reserve to partner with the MAB Committee in the roll-out of the project.

“Learn as much as you can about your history, your heritage, the environment so that you can be somebody that can help us to conserve, preserve and protect the environment for generations yet unborn,” she said. “We want to protect the biodiversity.”

The Community Sensitization Town Hall Meeting to discuss a clean-up initiative will be held on Tuesday, March 30, 2021, at the Cayon Community Centre at 5:30 p.m. The project will run from March to November 2021.