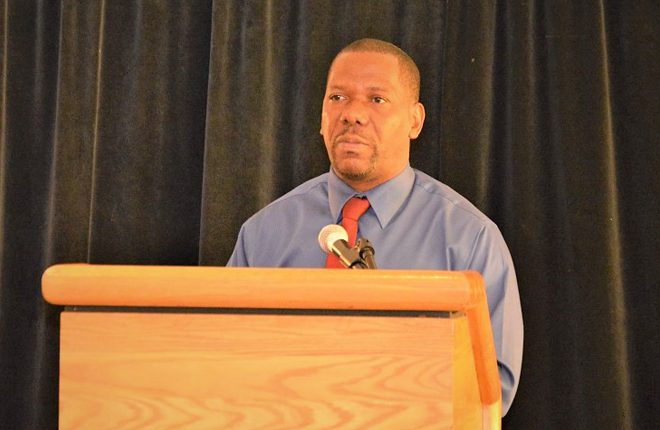 UNICEF Children’s Report focuses on children in the digital age

(SKNIS): The State of the World’s Children Report of the United Nations International Children’s Emergency Fund (UNICEF) was launched on December 11 by the Department of Social Services in St. Kitts.

The report was first published in 1980 and focuses on key issues such as disability, gender, adolescence, maternal health and children in a digital world.

“Children have a right to thrive and to develop their full potential. Providing children healthcare, social opportunities, and quality education helps to build their capacity to contribute meaningful to our society,” said Permanent Secretary in the Ministry of Social Services, Janelle Lewis, while noting that the report is an essential assessment in the country’s overall sustainable goals.

Mr. Patrick Knight, Communication Specialist for UNICEF, gave an overview of the 2017 World Children’s Report which focuses on children in the digital age.

He explained that the report outlines the different ways in which digital technology affects children.

He stated that the report identifies that youth between the ages of 15-24 are the most digitally connected, specifically in the Caribbean with high internet and mobile penetrations, spanning over 75 percent.

“A growing body of evidence indicates that children are accessing the internet at increasingly younger ages. In some countries, children under 15 are as likely to use the internet as adults over 25,” he stated.

Mr. Knight said that connectivity can be a benefit and a game changer for many of the world’s marginalized children by helping them to fulfill their potential and break generational cycles of poverty. He further noted that digital technologies are now providing better opportunities for learning and allows children to access information that affects the world around them.

While technology has its benefits on the growing population, Mr. Knight also said that there is need for concerns about “the potential impact of technology on children’s health and happiness.”

He noted that the state of the world’s children report 2017 sums up 6 priority actions to harness the power of digitization while benefiting the most disadvantaged children and limiting harm to them most vulnerable. These six actions are one, to provide children with affordable access to high quality online resources; two, to protect children from harm online; three, to safeguard children’s privacy and identities online; four, to teach digital literacy to keep children informed; five, to leverage the power of the private sector to advance ethical standards and practices; and six, to put children at the center of digital policy.