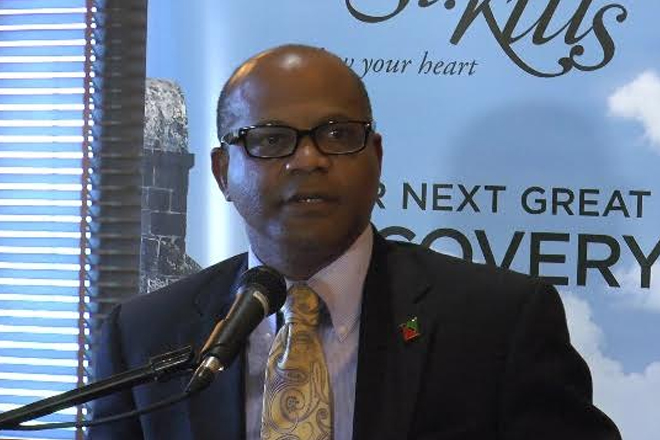 He made the comments during Saturday’s welcome ceremony for the inaugural flight from New Jersey.

“The New York/New Jersey region is not only a hub for United but it is actually our main source market in the North American United States and it is home to a number of affluent residents. And as you may recognise in St. Kitts, we are moving to high-end tourism,” the Minister said, noting that the inaugural flight “is really one of synergy between United Airlines and the tourism product in St. Kitts”.

He said the new flight is timely as the room inventory in the federation is growing.

“We have Kittitian Hill which is scheduled to have 81 rooms by the end of December. We have the Ocean Terrace Inn which recently rebranded 51 rooms. We have the brand new Park Hyatt coming to St. Kitts; the only Park Hyatt for the Caribbean and we are exceptionally proud of that. We have the Embassy Suites by Hilton and so over the next two years, the product that we will deliver to the tourism industry in St. Kitts and Nevis will be phenomenal,” he added.

Approximately 150 passengers arrived on the inaugural flight on Saturday.