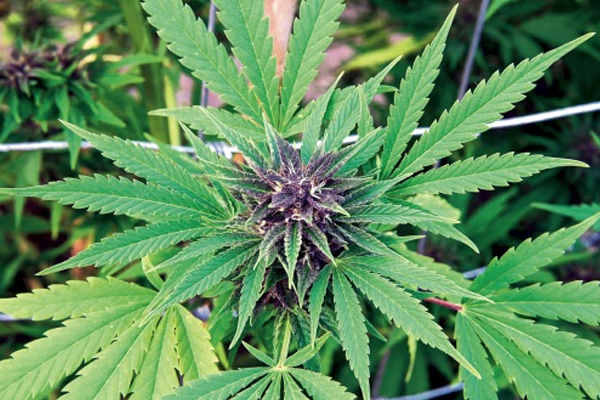 US activists for today’s ganja forum

(CNN) — The Ganja Law Reform Coalition (GLRC) says it is expecting a large number of growers, smokers, other users and sympathisers with the cause from the United States at today’s Cannabis Stakeholders Forum at the University of the West Indies’ (UWI) Mona campus in Kingston.

One major outcome of the forum, which will be chaired by UWI Mona Principal Professor Archibald McDonald, is expected to be the launch of the Cannabis Future Growers and Producers Association to promote the interests of local producers, if and when growing and distribution of the banned drug is legitimised.

“Several leaders in the ganja law reform movement in Colorado and the broader United States of America are flying into the island for the forum,” says GLRC Director Delano Seiveright.

Among the likely guests are Wanda James of the Cannabis Global Initiative, a renowned advocate based in Colorado, and her husband, Scott Durrah, who is also a renowned leader in the US movement.

The two are described as a “power couple” and have been featured in the American cable news station CNBC’s groundbreaking documentary, Marijuana USA.

Durrah was named the 2010 Marijuana Advocate of the Year by the American Westword Magazine and his first restaurant, the Jamaican Café, in Santa Monica, California, was a celebrity hotspot for regulars such as Woody Harrelson, Jamie Foxx, the Wayans and Michael Keaton.

James, who formerly owned a dispensary and cutting-edge cannabis edible company, was involved in bringing medical marijuana to fruition, leading to her appointment to the Colorado Governor’s Amendment 64 Task Force Work Group which led to legalisation in the state. In 2008, she was appointed to President Obama’s National Finance Committee and was one of the largest raisers of donations for Obama in Colorado.

Seiveright notes that the Stakeholders Forum comes only a month after the launch of Jamaica’s first medical ganja company, Medicanja, by prominent Jamaican scientist and entrepreneur Dr Henry Lowe. He said that the company’s launch was picked up by multiple news outlets around the world, including the Washington Post, the UK Independent, SkyNews Australia and the Southern China Morning Post.

“It was revealed that several major news houses out of the United States, Latin America, and as far as the Middle East, have already visited or are scheduling trips to Jamaica in the near term to investigate the rapid groundswell in ganja law reform talk,” he explained.

Seiveright insists that the benefits of ganja law reform will impact many Jamaicans from a humanitarian, economic, scientific research and medical standpoints.

“Given our natural advantages, Jamaica can easily take its place a legitimate hub for ganja research, development and many more things,” he says.

He states that it is important to ensure that Jamaicans are the main beneficiaries of any favourable adjustment to the laws affecting its use, but have to be prepared to guarantee success, and the stakeholder’s forum will be critical to achieving this.

On the issue of concerns that a legalised ganja producing sector would suffer elitist control at the expense of small farmers, Seiveright countered that the movement was too broad and diverse to be controlled by any one group.

“No one is more equal than anyone and, consequently, no one owns it. It’s for the Jamaican people. Nevertheless at the top of the minds of us advocates, including Paul Burke — who has been extremely strident on this matter — sensible and fair approaches must be instituted to ensure that benefits are spread as evenly as possible,” he said.

Seiveright emphasised that the groundswell in ganja law reform efforts locally could be related to the strong bipartisan support at the level of the GLRC, whose directorship include prominent politicians from both major political parties, including himself, a former head of the Jamaica Labour Party’s (JLP) Generation G2K; and the People’s National Party’s (PNP) former youth leader, Paul Burke.

The GLRC is chaired by businessman and architect Paul Chang and, according to its website, was established in Kingston in 2010 with founding chairman being the late Professor Barry Chevannes.

Chevannes also chaired the National Ganja Commission of 2000-2001, which recommended the decriminalisation of ganja use in small quantities. Other directors include Attorney-at-Law Lord Anthony Gifford and Mitzie Williams of the Millennium Council of Rastafari Houses.