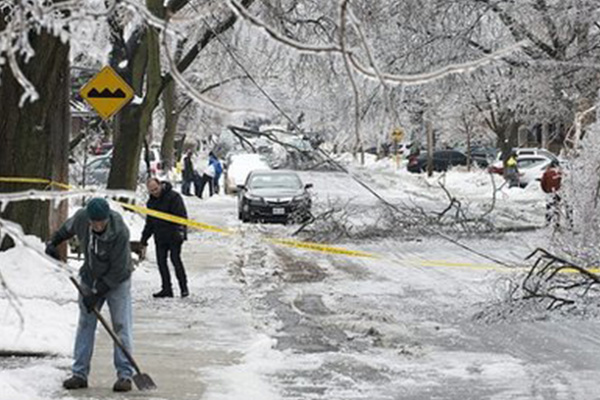 US and Canada storms spell cold, dark Christmas for many

(BBC)—Hundreds of thousands of households in Canada and the northern US are facing a Christmas without electricity after a severe ice storm.

Nearly 400,000 customers in eastern Canada and 390,000 in the US are still without power, with Michigan worst hit.

In Toronto, a utility has said power may not be restored for most residents until Thursday, and that some may be without electricity until the weekend.

The city has opened several warming centres for those without power.

Temperatures as low as -15C are expected in southern Canada over the next few days. Five people have died in accidents on ice-covered Canadian roads.

At least 11 deaths have been blamed on the storm system in North America, including five people killed in flooding in Kentucky.

Up to 30mm (1.2in) of ice built up on trees and other surfaces in the greater Toronto area during the storm on Sunday.