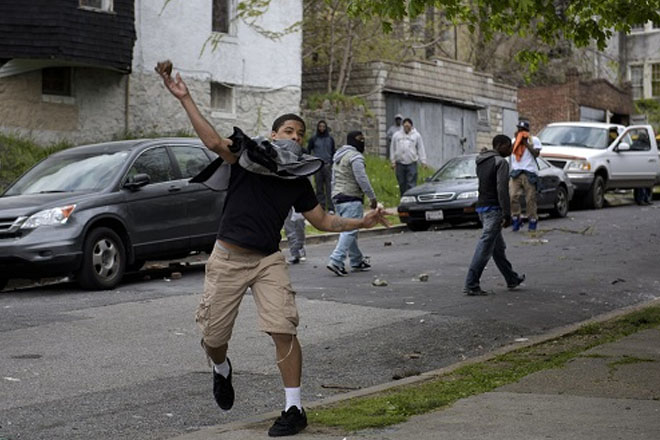 US Governor declares state of emergency amid Baltimore riots

Baltimore, United States (AFP) — The governor of the US state of Maryland declared a state of emergency in Baltimore on Monday and activated National Guard troops after rioting erupted in the city.

Governor Larry Hogan made the order after crowds clashed with police, torched patrol cars and looted businesses following the funeral for a black man who died in police custody.

Rioters destroyed cars and looted stores in Baltimore on Monday after the funeral of Freddie Gray, a 25-year-old African-American whose death in custody has reignited outrage over US police conduct towards blacks.

At least seven officers were injured – one of them was unresponsive — as youths hurled bricks and bottles at police, ransacked stores and taverns, trashed police vehicles and set other cars on fire.

Local and state police in riot gear, using tear gas, struggled to restore order as the rioters veered off in different directions, refusing to heed dispersal orders. One news photographer was seen being attacked by youths.