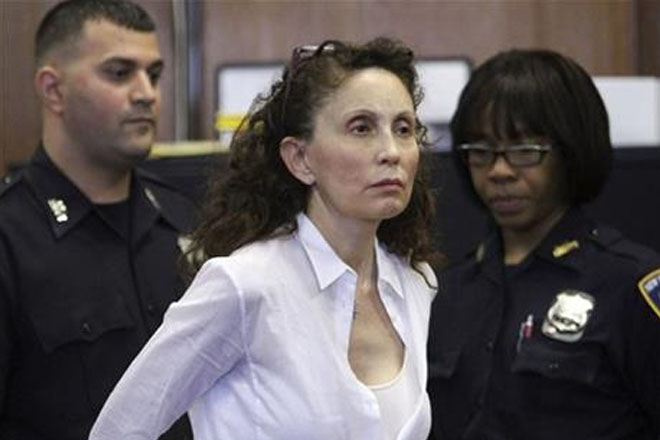 US mother gets 18 years for killing 8-y-o son

New York, United States (AP) — A self-made health care millionaire who fatally drugged her developmentally disabled child five years ago in a luxury New York City hotel room was sentenced on Thursday to 18 years in prison by a judge who said he disbelieved much of her defense and scolded her for not showing remorse.

Gigi Jordan, a nurse-turned-pharmaceutical-entrepreneur, claimed her son Jude Mirra had been sexually abused for years by his biological father and other men in her life. She argued she killed the boy in February 2010 to keep him safe from her ex-husband who was planning to kill her and take her money, leaving Jude defenseless to more sexual torture. She then said she tried to kill herself.

But Manhattan Supreme Court Judge Charles Solomon dismissed the notion that her nearly mute, autistic child was repeatedly abused, noting time and again that no credible evidence on the record substantiated those claims.

“All of her money, all of her resources, she decided to kill him,” he said. “There were so many things she could have done.”

Though charged with murder, a jury in November found her guilty of a lesser manslaughter charge, deciding she was under “extreme emotional disturbance” when she gave Jude Mirra the fatal dose of Ambien and Xanax, believing killing him was the only way to save him.

Solomon also said he didn’t believe her suicide attempt was genuine and admonished her for giving an interview to “Dr Phil” while the jury was deliberating. And he wondered why she wasn’t more repentant.

“One would think that I would hear something from the defendant about having remorse for what she did,” he said. “She had five years to think about this. Never said, ‘I’m sorry.'”

Jordan, 54, has spent the past five years jailed on Rikers Island, time that will count toward her prison term. Prosecutors had sought a 25-year sentence.

Her attorneys said they were disappointed in the lengthy prison term.

Jordan never pursued a plea deal because she wanted to take the stand to tell her story, an account the jury apparently accepted when it convicted her of the lesser charge, said one of her attorneys, Ron Kuby, after the proceeding.

“The judge in the guise of paying lip service to the jury’s decision went about trying to undo it,” he said.

Before she was sentenced, Jordan, wearing a white pantsuit, haltingly and through tears detailed reports describing her son’s various medical conditions that she believed pointed to sexual abuse. She then said she hoped her case would bring attention to the molestation of developmentally disabled children who are unable to articulate their abuse and thus “the easiest pray for child predators.”

“I hoped that somehow I could get some kind of justice for him,” she said.

The 54-year-old woman, estimated to be worth $40 million, left her career to find treatment for her son, who was initially diagnosed autistic, visiting medical experts at universities across the countries. She said her son had an unexplainable condition and suffered from many symptoms including high blood pressure.

Jordan didn’t report the alleged abuse directly to police but told therapists and in 2008 traveled to Wyoming where, in an attempt to meet with a child-exploitation investigator, she was involuntarily hospitalized and underwent a psychological evaluation.

An assistant district attorney said the system failed Jude when doctors there released her and found she wasn’t a threat to herself and anyone else.

Prosecutors have argued the killing was intentional and carried out because Jordan could no longer care for the needs of her son. In a statement, Manhattan District Attorney Cyrus R. Vance Jr hailed the sentence.

“The poisoning and killing of an 8-year-old boy is a premeditated act of child abuse,” he said.