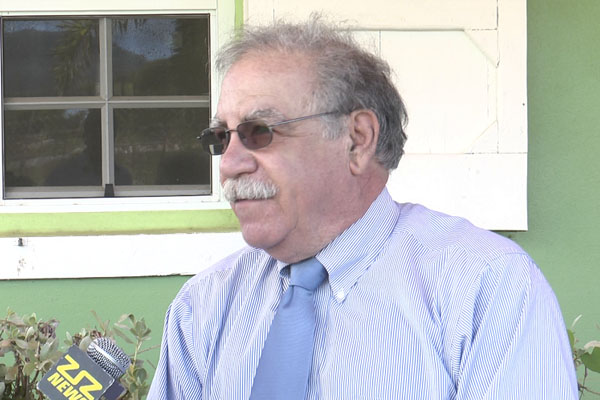 US Resident says Residents have a lot to be proud of

(ZIZ News) — “Best of luck to the new government in their quest for equality throughout the island,” was the message of John Abruscato, a Texas resident who spends several months of the year on St. Kitts.

In an interview with ZIZ News, Abruscato said he loves the island. He said the country’s residents should feel proud of all they have accomplished.

“Speaking with friends when they hear that we have a home on St. Kitts, it’s amazing how many people outside of St. Kitts have heard of St. Kitts and how complimentary they are because of the cruise ships that come in. I would say probably, nine out of 10 say of the stops on the cruise ship schedule, St. Kitts is always either number one or two favourite so people should be very proud of your beautiful island and that was probably among the reasons why we purchased here because it’s just maintained so beautifully and the people are just so friendly. We could not have asked for a more friendly welcome when we got here,” he explained.

Abruscato said he was particularly pleased with the manner in which nationals conducted themselves during the recent Federal Elections.

He said, “The people are very calm and collected, even in the face of adversity during the election and the politicking…it’s almost like a duck where you see the very calm at the top and then underneath is where all the action is because someone would be very calm and collected and then you ask them something politically, which i don’t try to do, but it’s amazing how involved the people are in their political goings on. It’s just really fascinating. It’s something you don’t see in the US.”

When on St. Kitts, Abruscato and his wife reside in the Frigate Bay area.