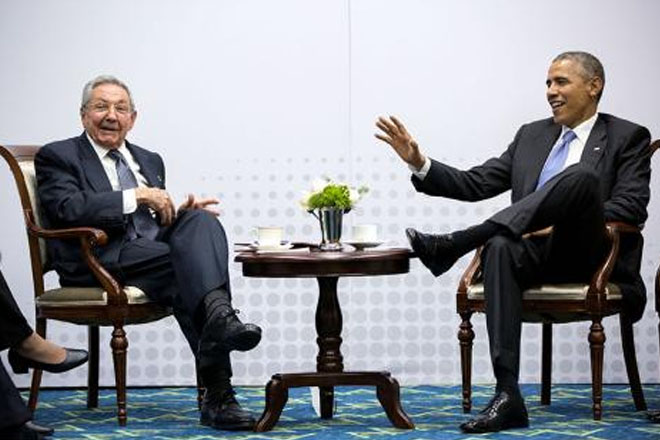 US to lift Cuba’s state sponsor of terrorism designation

Cuba’s inclusion on the list as a state sponsor of terrorism has been a sticking point in the ongoing talks with the US aimed at normalising relations between the two countries.

In Cuba’s case, the applicable criteria require the president to submit a report to the Congress at least 45 days before the proposed rescission would take effect, justifying the rescission and certifying that (1) the government of Cuba has not provided any support for international terrorism during the preceding six-month period; and (2) the government of Cuba has provided assurances that it will not support acts of international terrorism in the future.

As part of his December 17, 2014, announcement of policy changes related to Cuba, Obama instructed the Department of State to undertake a review of Cuba’s designation as a state sponsor of terrorism based on an assessment of the available facts.

After a careful review of Cuba’s record, which was informed by the intelligence community, as well as assurances provided by the Cuban government, the secretary of state concluded that Cuba met the conditions for rescinding its designation as a state sponsor of terrorism.

The secretary of state therefore recommended that the president make and submit to Congress the statutorily-required report and certification.

“We will continue to have differences with the Cuban government, but our concerns over a wide range of Cuba’s policies and actions fall outside the criteria that are relevant to whether to rescind Cuba’s designation as a state sponsor of terrorism,” Obama said.

More broadly, the United States will continue to support its interests and values through engagement with the Cuban government and people.

Following the announcement of Obama’s decision to remove Cuba from the list of state sponsors of terrorism, Josefina Vidal, general director for the United States in the Cuban ministry of foreign affairs said the Cuban government recognizes the just decision taken by the US president to eliminate Cuba from a list on which it never should have been included.

“As the Cuban government has reiterated on multiple occasions, Cuba rejects and condemns all acts of terrorism in all their forms and manifestations, as well as any action that is intended to instigate, support, finance or conceal terrorist acts,” she added.