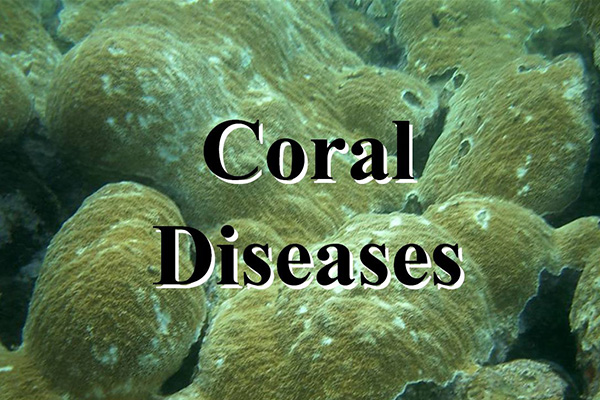 The Virgin Islands are known as a hot spot for tourism – snorkeling, diving, deep sea fishing, sailing and cruise ship visits. Unfortunately, say researchers at the University of the Virgin Islands, the territory is also a hotspot for coral disease. They have turned their attention to a specific threat to the territory’s coral reefs, known as white plague, which is one of the more abundant diseases killing coral here.

“The research suggests that white plague disease is associated with and may be caused by viruses,” Dr. Brandt said. “This is the first study of its kind that has identified viruses as a potential coral pathogen.” The research also showed the disease was triggered by contact of living coral tissue with sand and sediment after Hurricane Earl on Aug. 30, 2010.

That, hopefully, is a step toward achieving Dr. Brandt’s overall goal, which is “to try to understand the disease so that we can better manage it or even prevent it.” She first encountered white plague on a dive trip to the Cayman Islands in 1999. “It’s been a topic of my primary research since my undergrad days,” she said. “It was devastating to watch your favorite dive site just being destroyed because of this disease that we didn’t know anything about.”

White plague disease is known to affect more than 30 species of coral and was responsible for killing large amounts of coral after a warming event hit the territory in 2005, according to Dr. Brandt. In the 1990s, the disease was originally thought to be associated with a bacterial pathogen, but Dr. Brandt says “conflicting results from more recent studies, like ours, suggest that the causal agent may be more complex than originally thought.”

Brandt’s study, detailed in the scientific journal PLOS ONE, noted that “colony fragmentation and contact with sediment played primary roles in the initial appearance of disease, but that the disease was capable of spreading among colonies, which suggests secondary transmission is possible through some other, unidentified mechanism.”

“Understanding what is occurring on a small scale in a location like Brewer’s Bay (where the study was conducted) has high relevance for researchers throughout the Caribbean,” Dr. Smith said. In addition to his UVI research, he serves as research coordinator for the V.I.’s Territorial Coral Reef Monitoring Program, which was established by the Department of Planning and Natural Resources and funded by the National Oceanic and Atmospheric Administration’s (NOAA) Coral Reef Conservation Program.

Healthy coral reefs are among the most biologically diverse and economically valuable ecosystems on earth, according to the NOAA Coral Reef Conservation Program. They provide valuable and vital ecosystem services, serving as a source of food for millions, protecting coastlines from storms and erosion, providing habitat, spawning and nursery grounds for economically important fish species, and providing jobs and income to local economies from fishing to recreation and tourism. They are also considered a vital source of new medicines.

Dr. Brandt thinks Virgin Islanders should be as concerned as she is about the plight of coral. “Corals provide the habitat. They are the ecosystem engineers for all the coral reefs which produce the things we like – like fish and conch and lobster. If the corals die and crumble away you don’t have that,” she said. “Without the corals which are the fundamental builders of that system we would lose much.”

The local research was supported by the National Science Foundation (NSF) and the NSF-supported Virgin Islands Experimental Program to Stimulate Competitive Research (VI-EPSCoR). Recent improvements in the marine science facilities at UVI helped to make these studies possible. Dr. Brandt and UVI were also awarded a grant from NOAA’s Coral Reef Conservation Program to continue studies of this and other important coral diseases in the territory.

Brandt’s research has garnered international attention in papers based on the study published this year in two scientific journals – PLOS ONE in February, and the International Society for Microbial Ecology Journal (ISME J) in September. It also drew national attention from the NBC News-Science website in October.