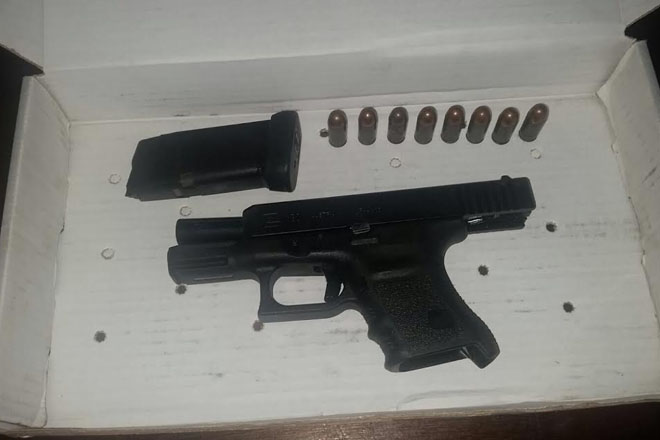 Vehicular Stop and Search Yields Another Illegal Firearm and Ammunition

(ZIZ News) — The Public Relations Department of the local Police Force is reporting that the 20th illegal firearm for 2015 was removed from the street during a vehicular stop and search in the Shadwell area, on Friday.

A release issued on Saturday evening confirmed that two persons are in custody in relation to this find of one glock .45 caliber pistol and eight rounds of .45 ammunition.

We are told that the weapon that was netted around 11pm has been taken for ballistics comparison.

The Police Force continues to come in for high praise where firearm and ammunition seizure is concerned.

ZIZ News understands that last year, a total of 12 illegal firearms were seized during police operations.

The Police High Command is quoted in the release as saying “The Royal St. Christopher and Nevis Police Force appreciates the assistance it has received from the public and urges citizens to continue to share any information they may have regarding criminal activity by calling any police station or Crime Stoppers at 1-800-8477(tips).”