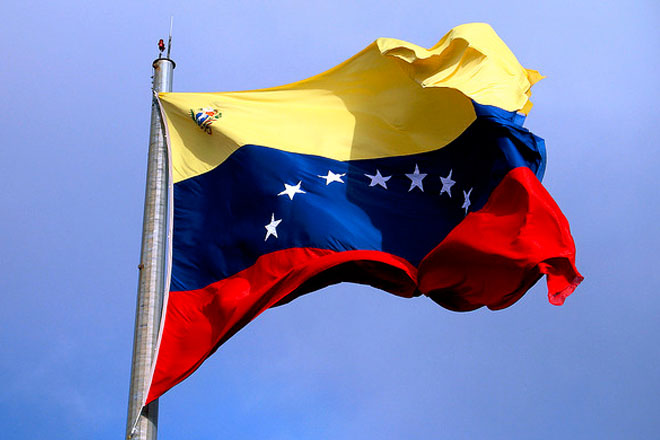 Caracas, Venezuela (CMC) — Venezuela Tuesday denied it has any intention of forcibly taking over land it claims to be its own in Guyana and rejected statements from the new administration in the Caribbean Community (CARICOM) country that it was moving to enforce a recent shift in its maritime boundary.

“It is unacceptable that the new Government of Guyana assume this position with a territory that is subject to controversy, and is also expressly recognized that this sea area is subject to the amicable settlement of the territorial claims, as envisaged in the Geneva Agreement,” Caracas said in a statement.

In a strongly worded statement on Monday, Georgetown said that it “wishes to make it pellucid that Decree No 1787 cannot be applicable to any part of Guyana’s territory and any attempt by the Bolivarian Republic of Venezuela to apply that instrument in an extra-territorial manner will be vigorously resisted by the Cooperative Republic of Guyana”.

The new administration of President David Granger, which has since received the support of the main opposition People’s Progressive Party (PPP) on the border issue, said it plans to formally bring to the attention of the international community what it termed “this aggressive and illegal act by Venezuela”.

Guyana said the decree is a “flagrant violation of international law and is inconsistent with the principle that all States should respect the sovereignty and territorial integrity of other States, large and small.

”The Cooperative Republic of Guyana rejects this illegality which seeks to undermine our efforts at development through exploitation of our natural resources off-shore.

“Guyana will continue, undeterred, to access and develop its resources in accordance with the Constitution and laws in keeping with the principles of International Law.”

But Venezuela said that Guyana may have created an artificial crisis over the decree that was issued by the President of Venezuela and which highlighted a widening of Venezuela’s claim to Guyana’s waters and territory.

“Venezuela regrets that an administrative rule directed to organize, with the assistance of the new technologies of information, daily supervision and maritime security within the framework of its unlimited jurisdiction and constitutional exercise which nothing can affect the Cooperative Republic of Guyana – will be exploited to shock and trying to create an artificial crisis, inventing irrational situations against a brother country like Venezuela, using a highly offensive language.”

Venezuela said that the only appropriate channels to resolve this dispute are those of International Law, the Geneva Agreement and continue the Good Officer mechanism under the figure of the Secretary General of the United Nations.

“It is an offense to the libertarian tradition of the people of Simon Bolivar consider imperial clear language that Venezuela is a threat to the region, when, was reflected in the recent Summit of the Americas the unanimous recognition and support of the fraternal peoples of the Venezuelan foreign policy of peace and solidarity.”

But Caracas has maintained its objection to the presence of the oil rig of the US-based ExxonMobil in Guyana waters, with Caracas noting that “the unique and surprising aggression, is that the government of Guyana has allowed such a powerful transnational as Exxon Mobil venture into disputed territory between the two countries, which in no way seeks to address the right to development of Guyana.”

“It is imperative to remember that thanks to the eternal Commander Hugo Chavez, various programmes of cooperation, solidarity and brotherhood such as PETROCARIBE, for stability and energy security of the region were implemented.

“This policy puts into practice humanistic sublime to the people of Guyana principles, has been of great impact and success for true prosperity of our brother Guyanese people, and President Nicolas Maduro and has been continued.

“The new Government of the Cooperative Republic of Guyana exhibits a dangerous policy of provocation against the Bolivarian Venezuela of peace , supported by the imperial power of a US multinational , Exxon Mobil , which must be rectified in the short term.”

“The Government of the Bolivarian Republic of Venezuela reiterates its desire for peace feelings and the brotherly people of Guyana, and reaffirms the invitation to his Foreign Minister to an early meeting so through political dialogue between brothers, continue along the path of cooperation and overcoming the historical dispute , which had its genesis in fraudulent actions of former colonial powers against Venezuela”

Prior to the decree, Venezuela had twice written to the local subsidiary of the US-based Exxon-Mobil warning against continued exploration for hydrocarbons in the area. On both occasions, the Guyana government had issued strong objections.

In its latest statement, the Guyana government said that the “land boundary between Guyana and Venezuela, which was defined by the Arbitral Award of 1899 is recognized by all States.

Venezuela also recognized its border with Guyana as settled for over sixty years having also participated in the demarcation of its established boundary which was demarcated in 1905,” the statement said, adding “it is international law that must reign supreme and not the ambitions of a larger State which wishes to trample upon the rights of a smaller country in order to obstruct the sovereign right of Guyana to develop its natural resources”.