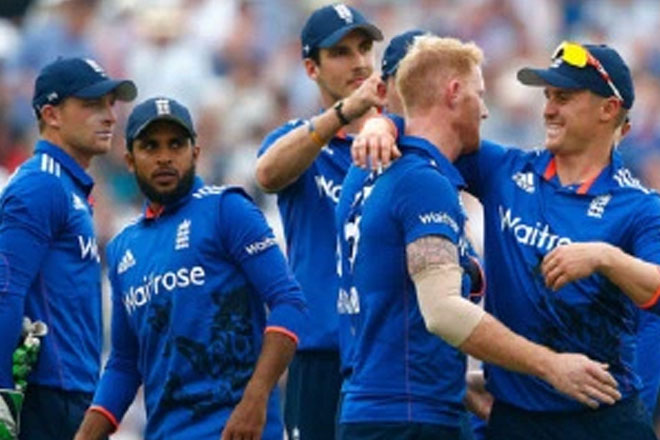 Sports Page — In years to come, people will look at the scorecard of this match and presume that Ben Stokes – with modest bowling figures and a peripheral figure with the bat – played nothing more than a supporting role in this game.

But Stokes, with an outstanding catch and a nerveless final over, played a key part in an England victory that continues a remarkable summer that promised little more than pain and has delivered more promise and encouragement than even the most optimistic supporters could have anticipated.

After a grim 2014 when they lost nine of their 12 T20Is, including a wretched World T20 campaign, new-look England have now won three in a row and have defeated the No. 2 ranked side. Their limited-overs resurgence, a development that looked most unlikely when they were knocked out of the World Cup at the first hurdle only a few months ago, continues.

More importantly, with players such as Stokes involved, they appear to be developing into a team that relishes pressure moments. While some previous England sides have appeared to wilt in the spotlight, here they held their nerve under pressure to secure a five-run victory.

With seven overs to go, it appeared Australia were cruising. Glenn Maxwell and Steven Smith, with his maiden T20I half-century, had added 112 for the third-wicket and the previous four overs had cost 13, 10, 14 and 14 respectively.

But then Maxwell attempted to pull Moeen Ali’s first ball, little more than a dragged-down long-hop really, for six over mid-wicket only to see Stokes, dashing round from long-on, leap to his right and cling on to an outstanding catch.

It was the moment that changed the game