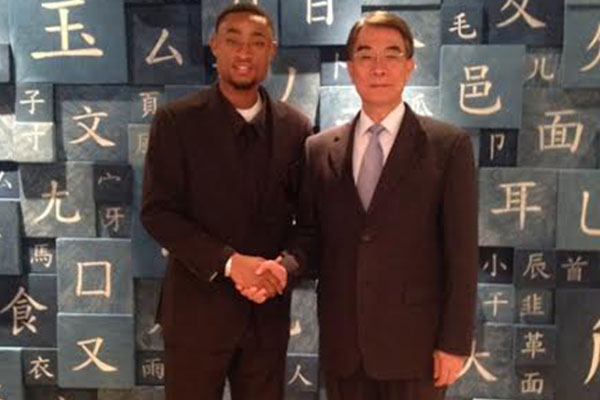 Visit to Taiwan was “stimulating and exciting” says Eddy

Basseterre, St. Kitts (CUOPM) — Information Officer in the Office of the Prime Minister, Mr. Junique Eddy, says his recent visit to the Republic of China (Taiwan) was “very stimulating and enriching.”

The group visited various museums and cultural industries and met with founders, organizers, officials and spokespersons of the numerous establishments learning about the rich historic background of Taiwan.

The group also met with several high-level officials in the Government of the Republic of China who were elated with meeting nationals whose countries have strong ties with Taiwan.

Participants visited a recycling plant – MINIWIZ Sustainable Energy Development Ltd – whose founder, Mr. Arthur C. Huang, informed that they are a unique group who recycle waste, garbage etc. and use very creative ways to construct a different variety of items.

The packed itinerary also included a meeting with Ministry of Foreign Affairs officials during which a multi-media presentation “Window on Taiwan” was shown.

Mr. Eddy explained that the trip was very stimulating and enriching and has expressed thanks to all involved including Resident Ambassador His Excellency Miguel Tsao and his Staff, the Office of the Prime Minister and the Ministry of Foreign Affairs for making the visit a reality.

He stated that it was quite a big difference between cultural practices in Taiwan and St. Kitts and Nevis, but was however amused by the creativity of the Taiwanese people in marketing their cultural assets.

Mr. Eddy described Taiwan as a beautiful island that has come from far to be where they are in the world.

“I commend the label –  a ‘non-stop attitude’ mentioned by a Taiwan government official who said they ‘cannot afford to rest as the country is so into competing fiercely on the global stage’, that they feel that one minute could be the difference in them gaining or losing that elusive edge globally which will thwart their quest for success. I have full admiration and respect for the people of our friends,” he said.

Mr. Eddy wished to thank the co-ordinators of the course Ms. Vicky Li and Mr. Konrad Hao for their generous hospitality and the well-received service they provided to us throughout that pivotal week of activities.

He ended by endorsing Taiwan as a very productive country which shows positive signs for young aspiring persons. He took the time out to recommend that his fellow counterparts take full advantage of the scholarships that Taiwan offers to persons wishing to further their education.

Mr. Eddy also noted and expressed the compliments to the Kittitians and Nevisians who are currently pursuing their educational advancement through scholarships at the various universities in Taiwan.