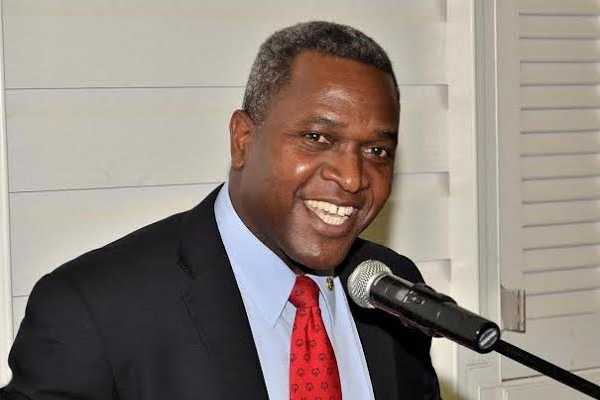 Basseterre, St Kitts: Current Member of the Board of Directors and Past President of the Rotary Club of Liamuiga (RCL), Dr. Cameron Wilkinson, made a very insightful presentation on Volunteering at a recent RCL gathering of Club Members and guests. Detailed below is the presentation:

Rotary International is a volunteer service organization. Volunteering is generally considered to be an altruistic activity and is intended to promote good or improve human quality of life. In return, this activity can produce a feeling of self-worth and self-respect for the volunteer. There is no financial gain involved. Volunteering is also renowned for skill development, socialization and fun. It also sometimes facilitates making contacts for possible future employment.

Prior to the 19th century, few formal charitable organizations existed to assist people in need. During this time, the United States of America (USA) experienced the Great Awakening. People became aware of the disadvantaged and realized the cause for the movement against slavery. Younger people started helping the needy in their communities.

In 1851, the first Young Men’s Christian Association (YMCA) in the USA was started, followed seven (7) years later by the first Young Women’s Christian Association (YWCA). During the American Civil War (1861-1865) women volunteered their time to sew supplies for the soldiers. The Salvation Army (1865) is one of the oldest and largest organizations working for disadvantaged people.

In the first few decades of the 20th century, several volunteer organizations were founded, including Rotary International (RI) in 1905. The Great Depression (1929-1939) saw one of the first large-scale, nationwide efforts to co-ordinate volunteering for a specific need. After World War II (1939-1945), the people shifted the focus of their altruistic passions to other areas, including helping the poor and volunteering overseas. When President Lyndon B. Johnson declared a War on Poverty in the USA in 1964, volunteer opportunities started to expand and continued into the next few decades.

Many volunteers have harboured secret dreams of what the headlines will say when they start working in the Organization:

Holding on to an unrealistic fantasy, no matter how big or small, can only lead to disenchantment.

Not every moment of your volunteer experience in Rotary is blog, picture, or Nobel Prize worthy. If you find yourself just writing reports for your Club, that doesn’t mean you aren’t accomplishing anything. While the world likes to glorify those with the sentimental pictures and heroic stories, some of the most successful volunteers are the ones who contribute to a long-term project, the effects of which may not be seen until long after they have left.

Volunteering isn’t about fixing the world’s problems in less than a year or receiving recognition from everyone who reads about your work. It’s about contributing to sustainable projects and making positive adjustments in your own life so that your work will continue to change the world–and you– long after your temporary volunteer post has ended.

Sometimes, volunteers have to invent their own work. Without some serious initiative on your part, you may end up disenchanted. Be clear with your Organization about what you are and aren’t capable of doing.

A few months is a short period of time to form deep, lasting relationships. Don’t be discouraged if you haven’t made ten (10) new best friends by week two (2).

Once you have agreed to volunteer you are now committed. The expectations are the same as someone who is in a paid contract. One should not be able to distinguish a volunteer worker from a paid worker.

Qualities That Must Be Evident In a Volunteer