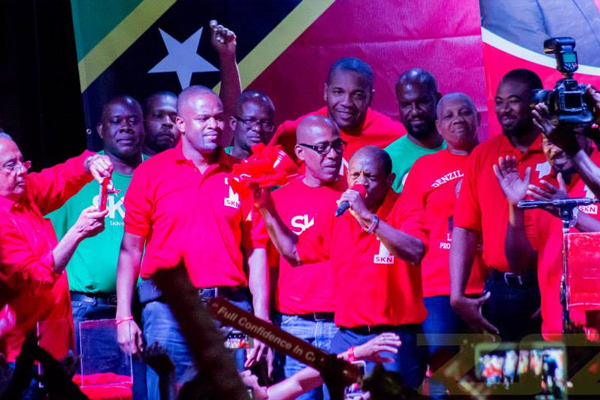 Voters go to the Polls on February 16th

(ZIZ News) — ZIZ News has learnt that registered voters in St. Kitts-Nevis will go to the polls in less than three weeks.

Sources state that February 6th is Nomination Day and Election Day will be 10 days later on February 16th.

In a National Address on Tuesday afternoon, Prime Minister the Rt. Hon. Dr. Denzil Douglas said he will officially announce the dates at a public meeting at Buckley’s.

“It is ordered that the date set for the nomination of candidates for each constituency shall be named, shall be named later tonight by me, the Prime Minister, in a public meeting that will take place at Buckley’s and we shall make, in that public meeting at Buckley’s also, the date for the country’s next elections, just a little beyond five years of the last elections of 25th of January 2010,” Dr. Douglas said, adding that his announcement will be “buoyed by the fact that voters express their desire to have the St. Kitts-Nevis Labour Party lead our country in 2010, buoyed by all that Labour has accomplished since then and buoyed by the fact that Labour’s vibrant and inspiring candidates personify such experience and innovation, vitality and wisdom, precisely the winning combination that we as a Nation and a people must have in order to continue our remarkable march forward and upward.”

His comments came after the Court discharged an election injunction brought by members of the opposition.