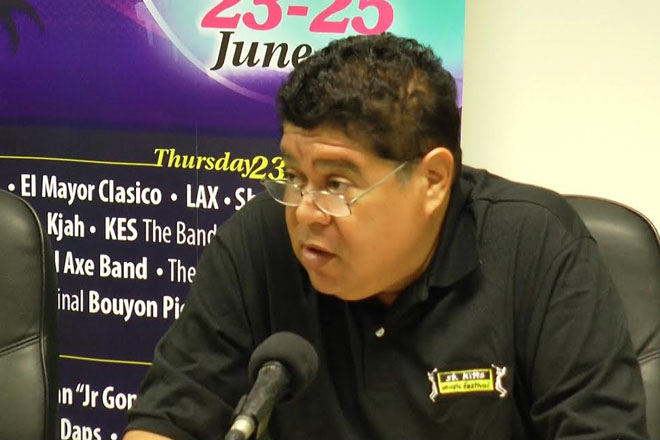 (ZIZ News) — Work has begun at Warner Park to transform the area into the grounds of the 20th Annual St. Kitts Music Festival.

At a press conference last week, Chairman of Production Adrian Lam said there would be a slight delay in the setup due to sports competitions but he predicted that construction would finish on time.

“Due to the football finals on Friday we won’t be able to start until Saturday but we’ve been able to start on Saturday for the past years quite comfortably so there are no difficulties with that. The containers roll in on Saturday morning and security will be in place for the rest of the week right up until the end of Music Festival when everything will be taken down,” he said.

Regarding the Thursday night line-up which features seven bands, Lam said in their planning the committee expects that the change over times will be fairly short.

He did note that on Friday and Saturday nights however the band arrangements are more complex so the changeover times will take a bit longer.