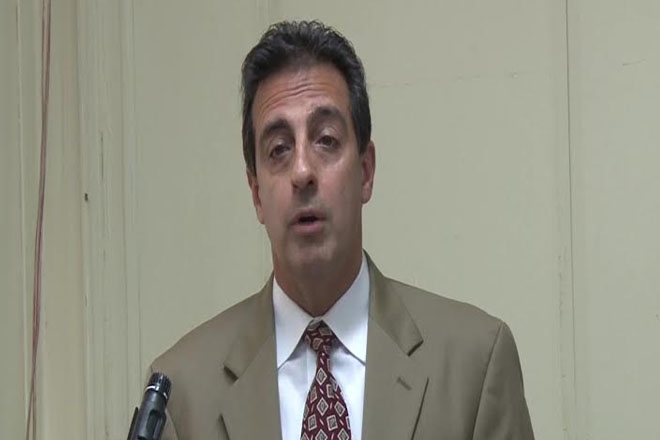 (ZIZ News) — Caribbean Operations Branch Chief, Olly Miller said the week-long Firearms Trafficking Workshop that was sponsored by the United States Government, met one of its objectives which was to create partnerships.

Speaking during Thursday’s closing ceremony at the Police Training School, Miller said the Government of St. Kitts and Nevis can consider itself a partner of the Bureau of Alcohol, Tobacco, Firearms and Explosives [ATF] of the U.S. Government.

He said, “St. Kitts and Nevis and Alcohol, Tobacco, Firearms and Explosives are new partners in combating violence and firearms trafficking and it is this theme that I would like to continue because now you have a true partner to support you, work with you and continue this battle.”

Miller said the partnerships developed are both professional and personal.

“There was seriousness but there was fun and there was a camaraderie that I observed [it] was something that really hits the heart,” he stated.

“When I can see, at a social gathering, one of our instructors playing dominoes and losing obviously.but when you have that camaraderie of sharing an adult beverage and discussing mutual problems that are no different here or in the United States, there is that partnership. There is that bond,” Miller said.

Among the topics addressed during the workshop were firearms identification, social media exploitation, how firearms are trafficked, E-Trace, investigative tools and proper collection methods, knowledge of the Integrated Ballistic Identification System, proper handling of a firearm, and the role of cyber and social media.