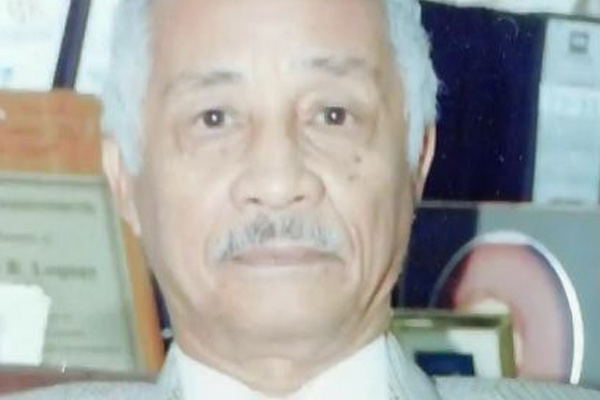 St. John’s, Antigua — It was with a sense of sorrow that the West Indies Cricket Board learnt of the death of former director Alloy Lequay.

The former Trinidad & Tobago Cricket Board president passed away on Sunday. He was 90.

“On behalf of the directors, management and staff of the WICB let me pass on our deepest condolences on the passing of Alloy,” said WICB President Whycliffe “Dave” Cameron.

“There is little one can say at such a time, but the game in the Caribbean has lost one of its greatest supporters.”

Cameron added: “To say Alloy was a larger-than-life character would be an understatement. He will always be remembered as an outstanding and visionary administrator – verified by the number of accolades which he received in his native T&T.

“His achievements in the board room were enhanced by his intuitive leadership and wide management skills, and we know that these feelings are shared by all who knew him and worked with him during his years with the T&TCB and WICB.”

Cameron said: “May the many happy memories of Alloy help to sustain his family and the countless people with whom he made friends and worked over the years at this most difficult time.

“Alloy was an extraordinary man. There are many in T&T who will deeply mourn his passing as his was a life of service and excellence.”

Lequay was born on October 1, 1924 in the T&T capital of Port of Spain. He started his long, distinguished and meritorious service as a sports administrator in the 1940s with the Oxford Sports Club in the southern Trinidad city of San Fernando. He also gave political service to the two-island republic.

He contributed towards the organizational structure of table tennis and cricket in T&T, as his remarkable administrative skills pushed him as a natural choice for leadership roles in those two national governing bodies.

Lequay was also a member of the Task Force appointed to draft a national sports policy in T&T in 1998, served as a Member of the T&T Parliament and was twice nominated to the Senate.

One of his crowning achievements was when he spearheaded an initiative to use lands purchased from the Caroni Sugarcane Plantation in the Central Trinidad community of Balmain for the construction of a national cricket academy.

Now known as the Frank Worrell Cricket Development Centre, the Academy which was opened in June 2002 was the first facility of its kind to be established by a cricket authority in the region.

The Centre houses a full-sized playing field, indoor nets, a dormitory, a state-of-the-art gymnasium, video facilities and a library, as well as the administrative head office of the T&TCB, which was dedicated in Lequay’s honour on Sunday, February 24, 2013.

For his contributions over the years, Lequay was also presented with the Gold Chaconia Medal of Trinity, T&T’s second highest national honour, in the category of sports administration at the government’s 1988 national awards ceremony.

He was also presented with an honorary doctorate by the University of the West Indies.

Three years ago, he was declared one of T&T’s 50 Sporting Legends as part of the country’s 50th Independence anniversary celebrations.