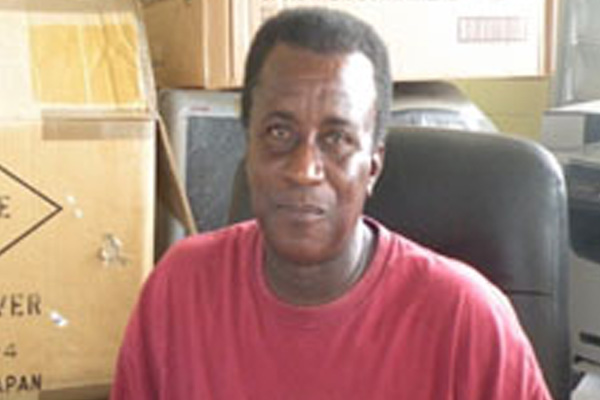 Sports Page — As the Leeward Islands team prepares to depart for Trinidad on Wednesday to participate in the NAGICO super 50 series hosted by the West Indies Cricket Board, former Nevis, Leeward Islands and West Indies left arm leg spinner, Elquemedo Tonito Willet is not a happy trooper.

Willet sought an audience with NTV Sports in Nevis on Tuesday 13th January to air his disgust at the team selection process in the Leeward Islands.

The normally demure former cricketer who was more known for his crafty spin bowling was reminiscent of a Michael Holding off his really long run.

Willet blasted the selection process in the Leewards and was amazed that not a single Nevisian was able to make it into the Leeward Islands four day squad which competed in the regional tournament towards the end of last year.

‘They should have looked closely at Tonito; Akito; Jason Campbell; Nelson Boland, among others,’ he stated bluntly. ‘This has to be the first time that not a single Nevisian has been included in a Leeward Islands team, since the Leewards split ties with the Windwards,’ he lamented.

As regards the selection for the upcoming NAGICO tournament, Willet was not impressed with the team selection:

“I don’t think that they going to get far. They did not pick their best team. I don’t think they have the quality nor confidence to compete with the other teams but then again it’s a game of cricket and anything can happen,’ he said.

Willet was really angry as he shouted: ‘How can’t Tonito make this Leeward Islands team? He is the best cricketer in the Leewards. His performances and averages over the years prove that,’ he said.

Willet also blasted the Leewards Islands Association general structure, stating that the persons in authority positions have to be weak if they continue to allow, Coaches, managers etc to have their own way.

‘Seems like we are back to the days when it was a situation of you give me this one and I will give you that one,’ he said.

In terms of a solution to the problem facing Leeward Islands cricket, Willet opined that more cricket needs to be played within the islands so that the cricketers can be better prepared for tournaments and a fair selection system be put in place.