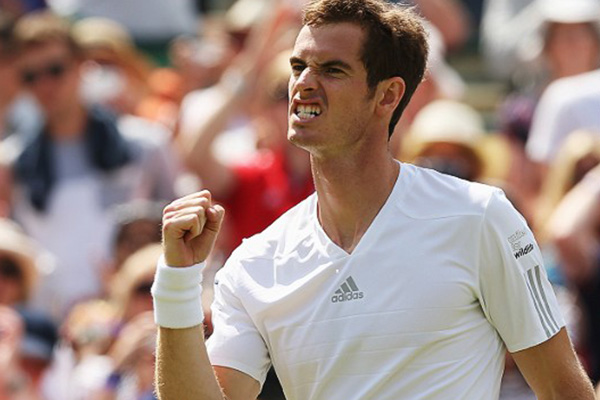 (CNN) — Tennis top dogs are out to avoid another “Wacky Wednesday” at Wimbledon.

Exactly a year ago, the famous grass-court grand slam experienced one of the weirdest days in its history as former champions Roger Federer and Maria Sharapova were knocked out and no less than seven players withdrew injured.

This year, however, defending champion Andy Murray sidestepped a potential banana skin with an effortless 6-1 6-1 6-0 victory over world No. 92 Blaz Rola.

“I played well today,” said the world No. 3, who next plays Spanish 27th seed Roberto Bautista Agut. “He’s just come out of college and broken into the top 100 so it was tough for him but he’s got a good game.”

Murray, who reached the French Open semifinal after a series of five-set slogs, was relieved to wrap up the second round match in just under 90 minutes.

“I felt like that cost me a little bit at the French Open,” he added. “If you can finish matches as quickly as possible it definitely helps in the long run.”