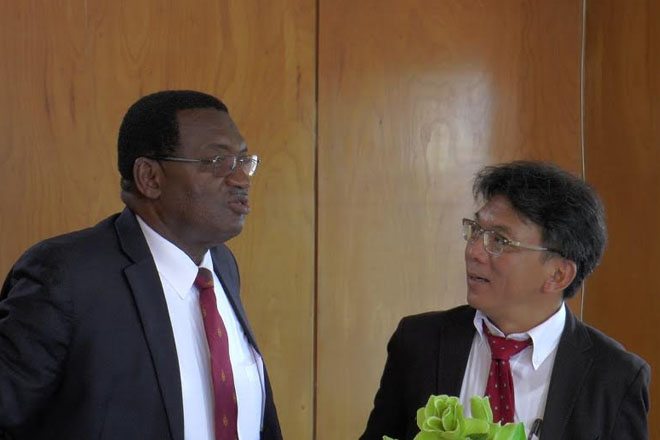 (ZIZ News) — The community of Old Road will get another boost in its fishing industry as rehabilitative work has been completed on the fisheries complex there.

Minister of Agriculture, Hon. Eugene Hamilton said the US$400 thousand – from the Japanese Government – went towards rehabilitating the overall complex, including several areas on the property.

“The large opening of the jetty which pulls the hazard from the fishers is one of the areas that was repaired. Then there is the switchboard, there was a problem that was repaired. I understand the problem occurred with the drainage where the water came across the ground and settled and never entered into the sea. That problem is now fixed so we have to again give credit to the Japanese and JICA,” he said.

The drains have been cleared, and rehabilitation efforts have resulted in improvements in water flow. Other drainage issues were addressed where the fishermen’s lockers were located and on the inside of the main building, there have been improvements in the water drainage in the fish handling space. This is expected to improve the quality of work and the service provided at the complex.

Tatsuya Morita, General Manager of the Japan International Cooperation Agency or JICA in the Dominican Republic, said the upgraded complex would be valuable to the economy.

“I believe that this fisheries complex will be beneficial and indispensable for the community as well as for the country’s sustainable development. It is our hope that this project here will be the role model of the other fisheries complex of the region and everlasting friendship between both countries: St. Kitts-Nevis and Japan will be fortified as the years go by,” he said.

ZIZ understands that proper breakwater will be in place as well as a ramp and an extension of the jetty to accommodate even larger boats.