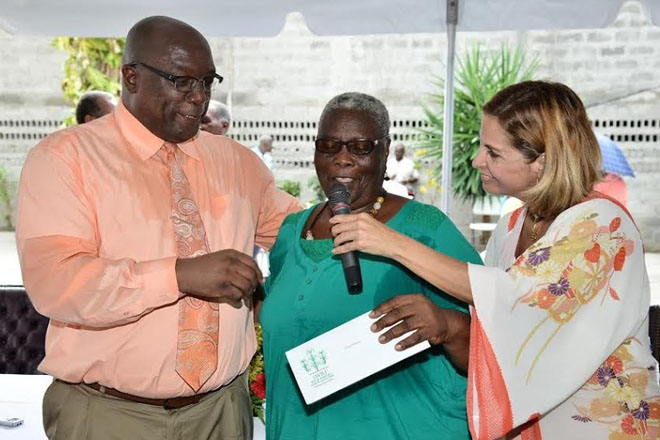 Basseterre, St. Kitts (SKNIS) — A close examination was done of the 2005-2006 payouts to former sugar workers to ensure that the EC$16 million was distributed fairly and accurately, says Franklin Maitland, Chairman of the Accounting Sub-committee of the Sugar Workers’ Restoration Fund (SWRF).

On a panel discussion on ZIZ radio and television on September 30th, Mr. Maitland explained the criteria for the payout to sugar workers.

“There was very strong, very robust debate on all the important facets of this particular subject,” Mr. Maitland said.

“Among the items discussed were the criteria considered—number one, whether it was important to have a qualifying period in order to be entitled to receive a benefit. Some persons in fact submitted 5 years, 10 years, 15 years, and 20 years. In the end, the committee was persuaded not to have a qualifying period—so as long as one served in the sugar industry, that person, him or her, became eligible to be considered for benefit in 2015,” he added.

“We also looked at the possibility of having a cut- off date. Should we only consider persons who were employed after 1975 or 1980 or whatever it is? Again, because the committee was conscious to try to include as many persons as possible in consideration for benefit, the committee opted not to have a qualifying period,” Mr. Maitland explained.

Mr. Maitland said that the SWRF Committee used two criteria to determine the payout: years of service and earnings. However, he said that length of service was the dominant factor.

“For us, it was important to recognize length of service and so the committee as a whole almost without dissent agreed that length of service was going to be the dominant criterion in the determination of benefit,” the professional accountant said.

“We also looked at earnings. For us, it was important to acknowledge that an individual who joined his tenure in the industry as a high income earner would have benefitted substantially from the industry during his or her tenure of service. However, the less fortunate ones amongst them who were earning very much more in wages did not get very substantial earnings in the industry and so if we were to formulate the distribution based on earnings, the same persons who benefitted then would again be getting the lion’s share of the 16 million,” said Mr. Maitland.

“That was not a position we could perpetuate and so in the final analysis, the two essential criteria which formed the basis for the distribution were years of service and earnings,” he said.

Also, he said that gender bias was rife on the sugar estates and female workers made much less in salary than male workers but that criterion was not taken into consideration. Both males and females were held in the same regard.

Mr. Maitland said that the committee had to ensure that the EC$16 million was going to be distributed to all the persons who qualified.

“If for example, after having done the computation, the total payout turned out to be $20 million dollars, obviously the committee only had $16 million to distribute,” explained the chairman. In that case, what the committee was forced to do was to apply a scale factor so at 20 million to arrive at $16 million I need to apply a scale factor of point eight. Point eight of twenty million will give you point sixteen. So each person would have gotten the amount which would have been computed, and that amount multiplied by point eight—so when the sum of all persons was added it would compute to $16 million and that is very important to understand,” Mr. Maitland said.

He stated that from the committee’s point of view “the exercise was a very long one and in the end the committee received a total of 2906 claims.”

Commenting on the deadline for receipt of applications, Mr. Maitland pointed out that the deadline was extended by seven days for persons who were not able to apply before. He noted that the late Calypso Reggie traversed the island with loudspeaker mounted on his car announcing the extended deadline of the sugar workers payout to ensure that the extension was widely known.