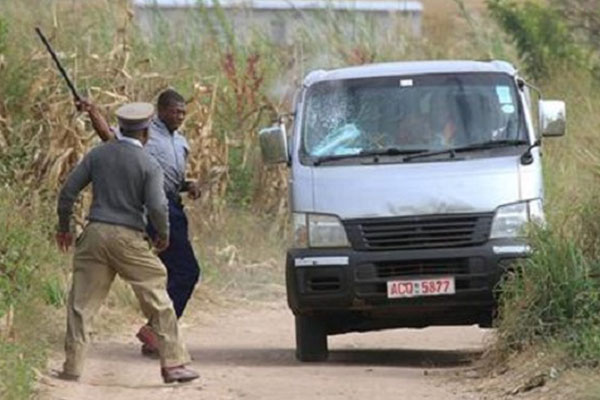 HARARE, Zimbabwe (AP) — On the outskirts of Zimbabwe’s capital, a taxi minivan drives on a dirt road toward a man in a police uniform who suddenly thumps the windshield with a club, cracking the glass and making those inside the vehicle cringe at the blow.

Such a scene, which was witnessed recently by an Associated Press journalist, has happened often in Harare in past months in what authorities acknowledge is a growing problem of rogue behaviour by some police officers. It is compounded by an illegal industry of private taxis, many of which are in poor condition and flout basic rules of the road, putting passengers and pedestrians alike in danger.

Some taxi drivers, who ferry people in the absence of a reliable public transport system, say they are being targeted by corrupt police who smash windows of moving vehicles as retribution for failure to pay a bribe.

Charity Charamba, a spokeswoman for the national police, said the force is committed to eradicating corruption within its ranks and that any officers who smash windscreens are breaking the law and should be reported to authorities.

The upheaval on the roads sometimes has fatal consequences. There have been numerous reports of drivers of illegal taxis, also known as “kombis,” speeding away dangerously to evade arrest and getting into accidents.

Last month, a three-year-old boy, Neil Tanatswa Mutyora, was knocked down and killed by a commuter taxi that witnesses said was trying to get away from police. His father, Cuthbert Mutyiro, said police were at least partly responsible for the death of his son, who was buried in a cemetery along a highway.