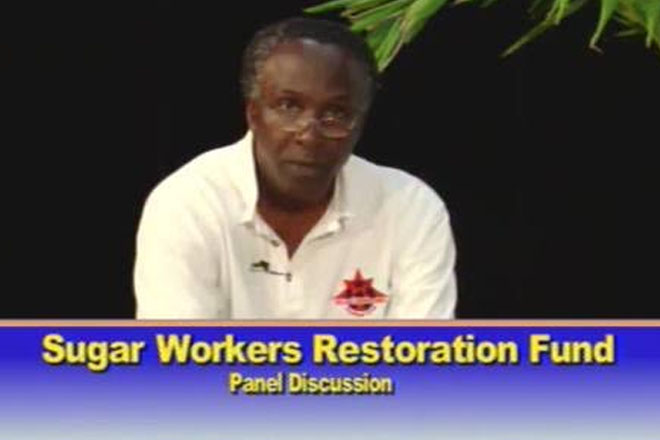 (ZIZ News) – On Wednesday evening, ZIZ Television was buzzing with activity as it featured an update on the Sugar Workers Restoration Fund payout that is ongoing.

Maitland, in his opening presentation, gave an update on the payments made and those still pending. He said the payout affected the entire Federation.

According to Maitland, residents of the three constituencies on Nevis also benefited from the gratuitous payment.

Phillip, on the other hand, explained the process, highlighting that the decision to make gratuitous payments was a campaign promise of Team Unity, while it was in opposition.

“Team Unity, in opposition, made a promise and I want to read specifically from the manifesto, page 24, and briefly, if you permit me. Under the topic ‘Former Sugar Workers’ it says ‘following closure of SSMC in July 2005, government had promised to pay 44 million to sugar workers. To date, only 28 million has been paid with some 16 million still outstanding,” he explained.

According to data from the SWRF Secretariat, 2,311 persons stand to benefit from the payout. Of that amount, 1,861 persons are new beneficiaries, and 450 people who were among the beneficiaries in 2005/2006, also received money this time around.