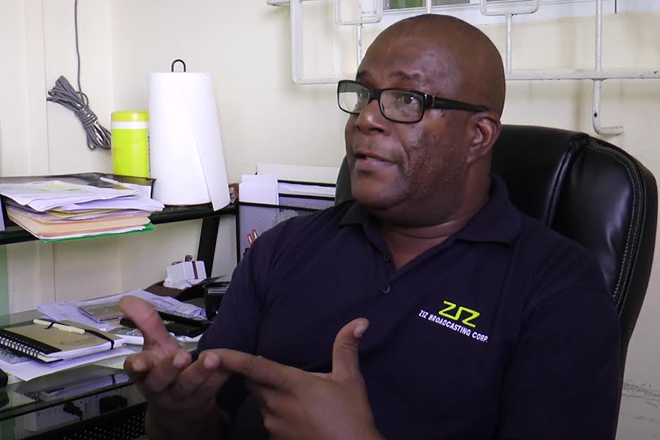 (ZIZ News) — ZIZ Broadcasting Corporation will be ensuring that artistes get proper compensation for their work, when the company signs up with the Eastern Caribbean Collection Organisation, or ECCO, next year.

Starting in 2016, ZIZ will pay a percentage of its revenue to ECCO. That company would then pay royalties, out of the money collected, to registered artistes.

ZIZ’s General Manager, Clement O’garro said this is a significant step for his company and artistes.

“This is important to us because it now gives our home-grown artistes here in St. Kitts-Nevis the opportunity to collect royalties on their work which I can assure you, as someone who has been in the entertainment field before, most guys are probably not registered with any sort of publishing group and so their music has gone, or rather their plays have gone unpaid for,” he said.

He also noted once ZIZ signs up, he hopes other media houses will fall in line.

“We don’t have a problem signing on but it’s not gonna be fair either to us, to ECCO or to the owner of these works that there are people in the same country that are not paying,” he said, adding that with the legislation in place “ECCO has the right to take out injunctions against anyone who fails to comply.”

According to ECCO’s website, through reciprocal agreements with Collective Management Organisations (CMOS), throughout the world, ECCO represents and can license virtually the worldwide repertoire of copyright music for public performance, broadcast, cable transmission, and online and mobile use.