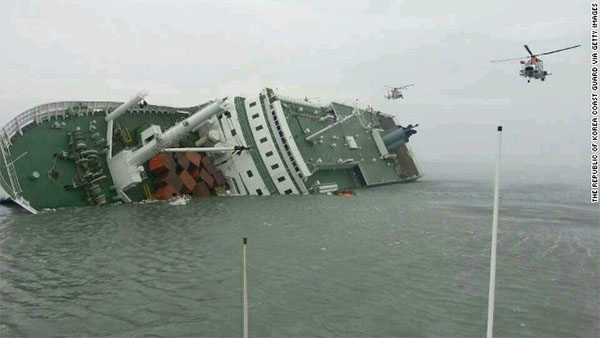 Seoul, South Korea (CNN) — Six months after a passenger ferry sank off the coast of South Korea, a victim’s body was discovered inside the wreckage on Tuesday.

The body was found on the fourth floor in the women’s bathroom, located at the center of the sunken Sewol ferry, according to the South Korea joint task force, in charge of the search.

The body has not been retrieved yet — and it is unclear whether the victim is male or female.

The underwater search has continued in the months following the disaster, depending on weather conditions.

Officials have said they will not stop the search operation unless families wish otherwise. But questions have swirled over what could happen to the search as winter approaches.

The Yonhap News Agency in South Korea reported that it has been 102 days since the last body was recovered from the ferry. The ferry sank 195 days ago.

The Sewol disaster caused widespread outrage in the country over lax safety standards and the failure to rescue more people as the ship foundered.