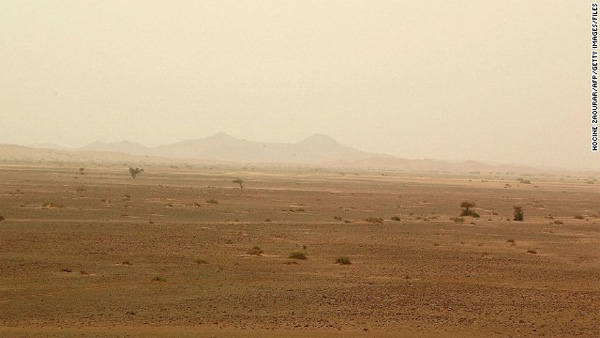 (CNN) Stranded in the unforgiving expanses of Niger’s Sahara desert after their vehicles broke down, dozens of people, almost all of them women and children, slowly died of thirst.

The migrants had been trying to reach Algeria, Azaoua Mahaman of the Synergie nongovernmental organization, said Thursday.

Instead, they died of dehydration, unable to escape the sandy wastes of the Sahel.

When found, many of the bodies were severely decomposed and appeared to have been partially eaten by animals.

The travelers were hoping to find a better life for themselves in Algeria, trying to escape the extreme poverty and economic hardships in Niger, said Mahaman.

Their story is the latest tragedy to befall migrants trying to leave behind a woeful existence for opportunities elsewhere.

For many of Niger’s 16 million or so people, life is not easy.

The population is one of the fastest growing in the world but the large, landlocked country is prone to political instability and natural disasters, according to the World Bank.

Droughts, floods and locust infestation all contribute to the country’s chronic food insecurity — and the poverty rate is one of the highest in the world.

The World Bank puts the annual per capita income at just $360 and the country lies second from bottom in the U.N.’s Human Development Index.

Political instability and conflict in Mali, Nigeria and Libya have done little to help Niger, sending tens of thousands of refugees over its borders and forcing some citizens who’d traveled elsewhere for work to return home.